Where bush meets beach, Bouddi National Park is a stretch of coastline on the southern tip of the Central Coast with stunning ocean vistas, wildflowers galore and golden beaches.

It’s also home to a picturesque coastal walk that hugs the sea for about eight kilometres from Putty Beach to Macmasters Beach.

We’re setting out on the scenic boardwalk from the southernmost point, Putty Beach, where all day parking costs just $7. 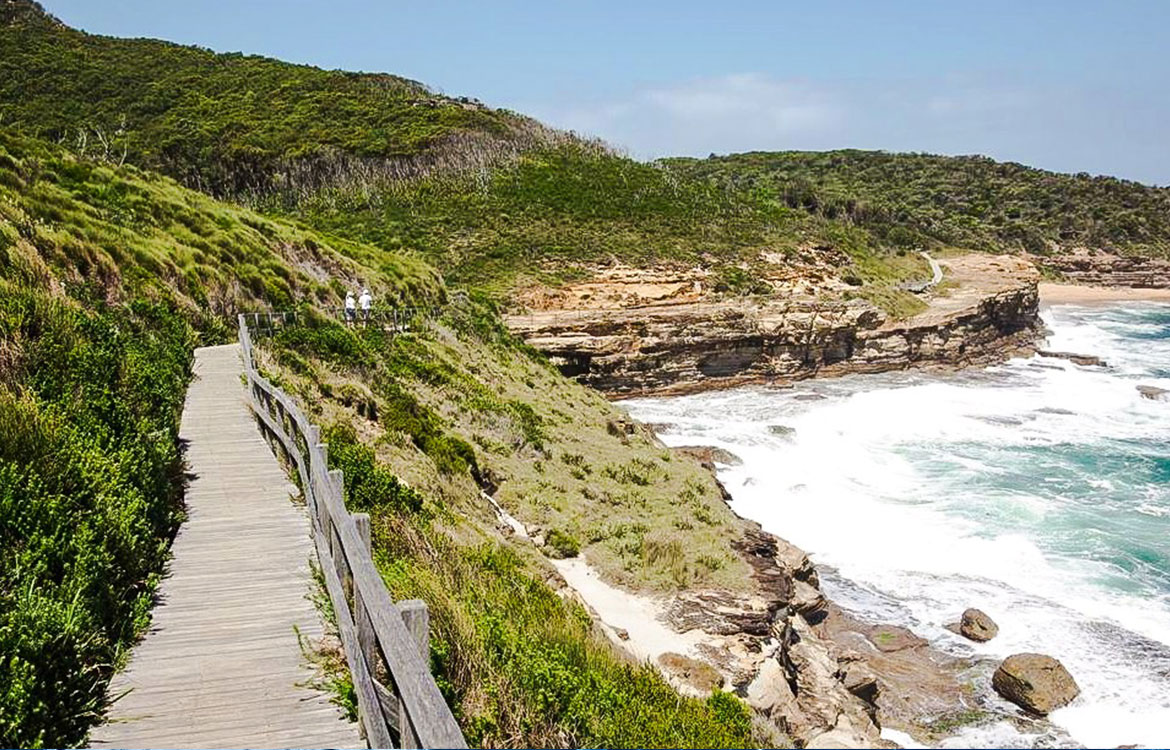 A long arc of yellow sand stretches out before us. Some happy campers splash about near the rocks but we’re kitted out in sneakers and hats that we’re having trouble holding onto in the ocean breeze.

In an attempt to shelter from the wind whipping the sand, we make a beeline for the steps at the northern end of the beach.

The wind intensifies up on the headland and all along the coast frothy waves smash against the rocks like an explosion of whipped cream. 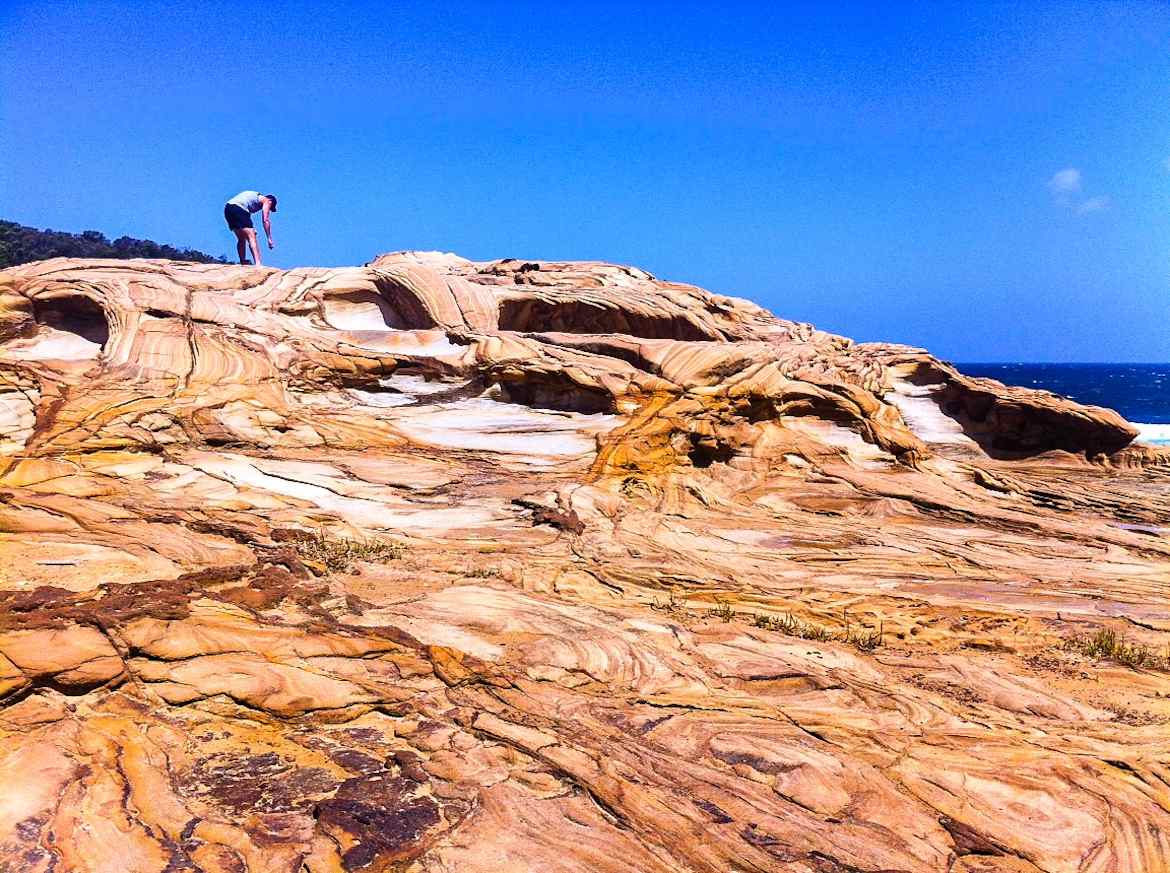 The boardwalk beckons but, in spite of the wind, we’re drawn to the rocks. Their smooth swirls and geometric designs are the result of centuries of tessellation.

The boardwalk weaves its way along the edge of the coast from Putty to Bullimah Beach, where there are more vibrant tessellated rocks, and then we head into the bush. 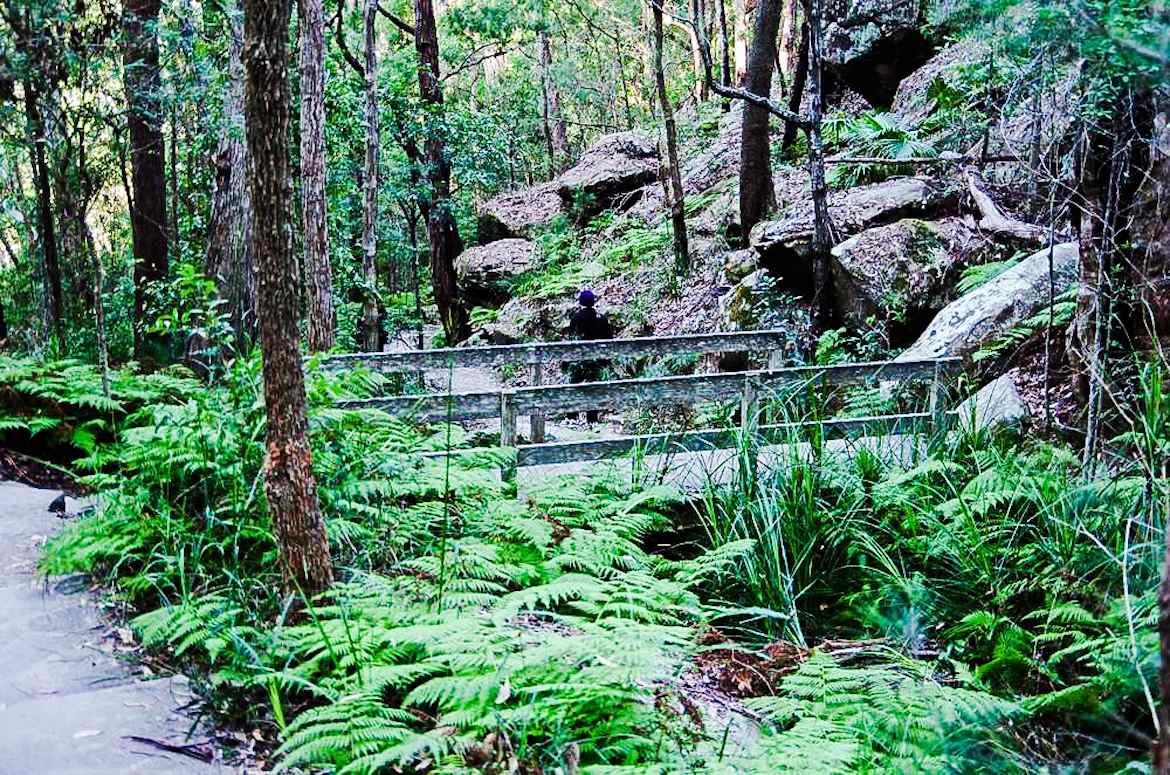 Climbing over the natural stairs of tree roots, we walk past pretty purple wildflowers on the steep incline to Gerrin Point.

A lookout offers views over a vast expanse of navy sea. I make a mental note to come back when the whales are migrating between May and November.

The walk continues with the undulations of the landscape, up and down rocky paths and across short wooden bridges. 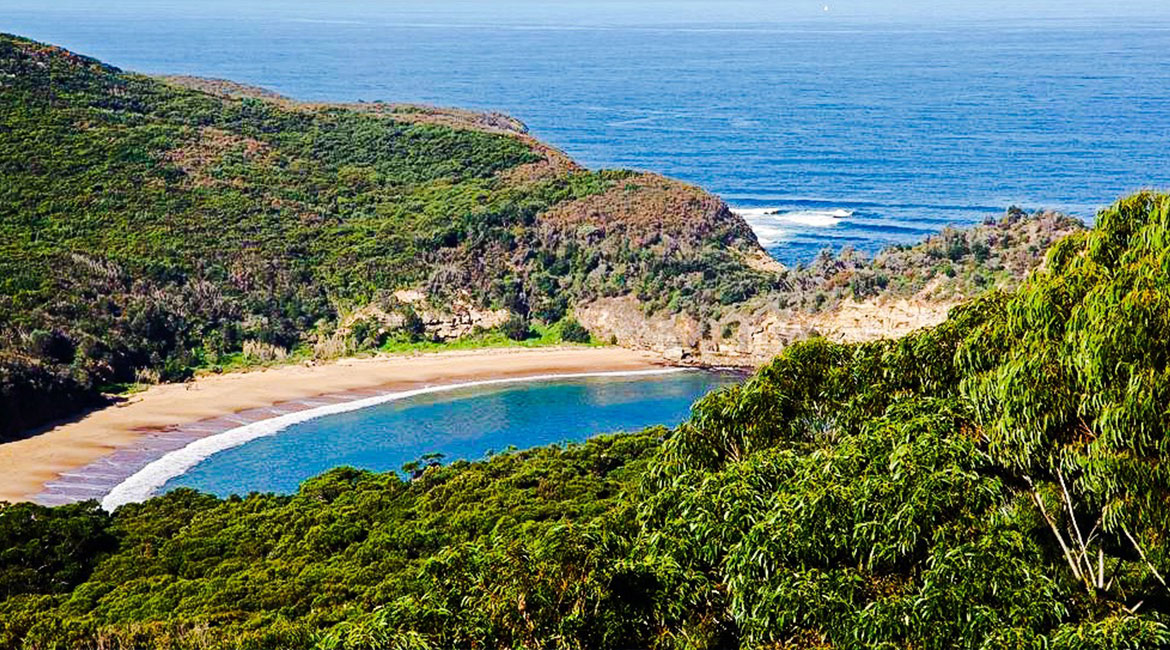 As we make our way around to Maitland Bay, we pause to marvel at banksia men, fields of furry white flannel flowers fluttering in the breeze and rare native orchids that look like Chinese dragons. Bouddi really is a stunning slice of Australian bushland.

This stretch of the coastal walk is 3km but takes us over an hour with all the scenic lookouts and photography stops.

The unmistakable summer anthem of cicadas is almost deafening on the final descent to Maitland Bay, a small cove of sand with more artistic rock formations and driftwood.

Only a handful of other people add to our footprints in the sand. That’s the beauty of this isolated bay – the only way to get here is by bushwalking. After a rest, we’re back on track heading south again through the cicada chorus.

The late afternoon sun casts shadows over the headlands and the whitewash glistens like mercury.

We pass a few walkers and a runner but it’s nothing like the hoards that flood similar coastal walks in Sydney.

Back on the boardwalk near where we started, we watch an angry ocean sending barrels of foamy waves crashing against the cliff face and into the air. It’s one of Mother Nature’s most impressive displays.

Coastal Chic Tip: At a reasonable pace, with a few photo stops thrown in, the 3km walk from Putty Beach to Maitland Bay takes about 45 minutes each way. Make sure you take time to check out the tessellated rock. Although the track alternates between sand, rock, boardwalk and bush, there’s no need for hiking boots – joggers will suffice.