OzHarvest founder and CEO Ronni Kahn humbly describes herself as a magnet for magnificent people, but this internationally renowned leader has touched the lives of countless vulnerable people – and she continues to fight for change. 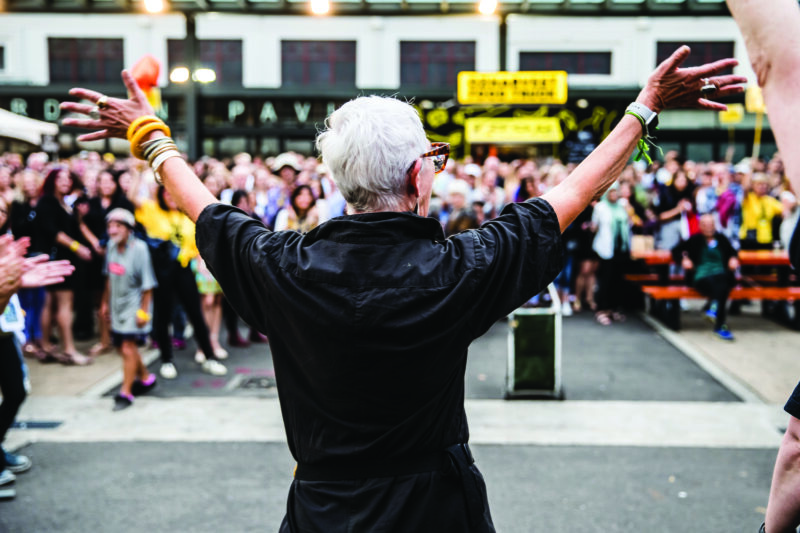 To say Ronni Kahn is a woman with a mission is an understatement. The elegant pocket dynamo is known around the world as the founder and CEO of OzHarvest, a social activist, lobbyist and sought-after keynote speaker. As if that wasn’t enough, she recently branched out into publishing, co-writing her memoir A Repurposed Life with her daughter-in-law Jessica Chapnik Kahn, and launched her own website, ronnikahn.com.

Ronni’s talk takes the audience back to her childhood in apartheid South Africa, her life as a teenager and young mother on a kibbutz in Israel, to moving to Australia with her family when she was in her late 30s and founding OzHarvest in 2004. The full story is related in A Repurposed Life, the title reflecting both Ronni’s passionate discovery of her true calling and her continuing work with OzHarvest.

And wow, what a story it is. Ronni prefaces her talk at the writers festival by saying that at high school she was asked to be school captain but because she was so shy there was “no way I was going to get up on stage and speak in front of anybody”. As for starting a significant charity and becoming its leader, that was beyond her “wildest dreams”.

Ronni speaks in a calm, mellifluous voice, straight from the heart. The relationship breakdown that became a major turning point when she was 51 was “the one chapter I did not want to see in the book” – but how she discovered who she didn’t want to be and moved on from that point to make a difference in people’s lives has struck a chord with many readers. 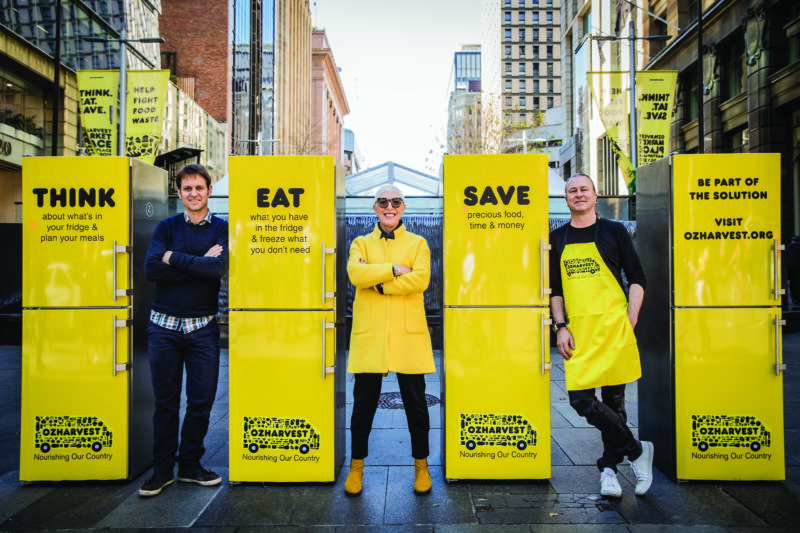 Photo by Nikki To

“I knew there was more to life and I had to take responsibility for my own actions,” she says. “I learned from the bad stuff and it gave me the power and self-confidence to begin a new chapter.”

Ronni was a successful events organiser at that time and the “light bulb moment” that led to eventually founding OzHarvest came at a lavish Roman-banquet themed dinner she had catered for a thousand guests. “Everyone ignored the food, went to the bar and got pissed and we had an unconscionable amount of food left over,” she says. “I loaded it up in my van and took it to the one charity I knew about – and that was the start of my rogue food-rescuing life.”

Seventeen years and more than 180 million meals later, OzHarvest has seven offices, nine regional chapters and 70 yellow delivery vans around Australia, and operates a free supermarket in Sydney. It also supports 1,600 different charities and runs educational programs about nutrition and food waste: FEAST, a curriculum-aligned program for Year 5 and 6 students; Nourish, an 18-week hospitality-focused employment pathway for at-risk youth; and NEST, a six-week nutrition and health program for adults.

As well as establishing branches in New Zealand, the UK and South Africa, OzHarvest continues to come up with innovative, creative ways to raise funds so that ultimately it won’t have to rely on donations or government grants. Harvest Bites is a Sydney-based home delivery service that sells restaurant-quality meals produced by some of our most famous chefs – every meal that’s bought funds 40 meals for vulnerable people.

Juice for Good is another clever initiative – juice vending machines that use millions of oranges that would otherwise have been gone to waste because they didn’t look “perfect”. Then there’s Refetterio OzHarvest Sydney, a new project cooked up by Ronni and acclaimed chef Massimo Bottura from the three-Michelin-star Osteria Francescana in Modena, due to open later this year. Photo by Nikki To

During lockdown, OzHarvest has been using the space at 481 Crown Street, Surry Hills to provide a hamper and takeaway hot meal service for those doing it tough in the local community.

Massimo and his wife, Lara Gilmore, founded Food for Soul, an international organisation known for its refettorios, community restaurants that create delicious dishes from rescued ingredients that are served to those in need. Refetterio OzHarvest plans to provide free lunches for those experiencing food insecurity during the week, while the space will also be used for neighbourhood dinners and special events in the evening to provide a sustainable funding stream. It’s an incredible logistical challenge but one that Ronni and her vast team of volunteers will no doubt turn into another success story.

“There’s something about the energy and culture within OzHarvest that’s contagious,” Ronni says. “If I could only bottle and sell it, we could make a fortune and I’d never have to fund-raise again!”

Making a difference and learning “how to be who you’re meant to be” is central to A Repurposed Life. At Words on the Waves and in the book, Ronni talks a lot about mentors and people who’ve had a big influence on her life, among them her pioneering feminist neighbour in South Africa, Selma Browde, spiritual Indian teacher Amma (Sri Sakthi Narayani Amma), Israeli writer Amos Oz and Sydney Salvation Army Major Hilton Harmer.

“Hilton, who’s now 83 and has devoted 60 years to helping people, is a true saint,” she says, before telling a story about his 80th birthday that brings tears to the audience’s eyes. “I seem to be a magnet for magnificent people.”

In Australia, one in five shopping bags end up in the bin, which adds up to $3,800 worth of groceries per household each year. The top five most wasted foods in Australia are vegetables, bread, fruit, bagged salad, and leftovers. More than five million people experience food insecurity each year, one quarter are children.

…AND WHAT YOU CAN DO ABOUT IT

There are many simple ways you can reduce food waste in your own home. For example: