The arrival of South End Social, a cafe-slash-bar located in the brand new Department of Finance building on Mann St, has heralded a new beginning for Gosford. It’s officially on its way to becoming a hip and happening CBD.

With people constantly coming and going, ordering coffees and takeaway sandwiches, tapping on laptops, munching on burgers and sipping wine during afternoon pow wows, the buzz is certainly akin to a city cafe.

And like any CBD cafe worth its salt, South End Social provides the perfect backdrop for lunch meetings in cosy leather chairs, caffeine hits perched on a stool, hearty brunches enjoyed al fresco, or after-work vinos chosen from a worldly wine menu ranging from well-known classics to adventurous varietals. 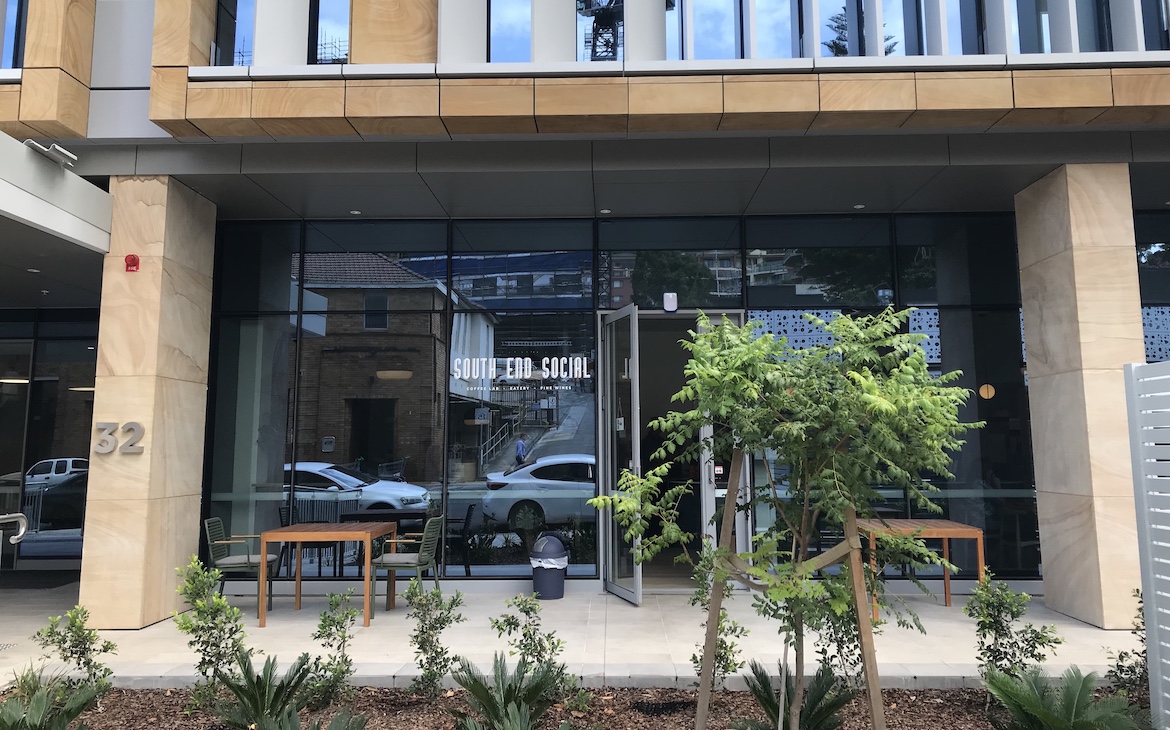 If you were a fan of much-loved community café The Rollerdoor Espresso in Erina, you’ll instantly recognise the South End crew.

Co-owners Paul O’Donnell and Michael Griffiths have brought their team over from Erina, and while the look and feel of this café is vastly different, they’re hoping to create the same community vibe.

Many of their Erina customers have already frequented their new establishment.

“At Rollerdoor, people started as customers and became friends and we hope to build the same community here,” Michael said.

“We wanted it to be a slick high-end CBD hub that’s of a level the Sydney workers are used to, but also casual so people feel that they can come in any time of the day, whether it’s a coffee in the morning or a drink in the afternoon,” Paul added. 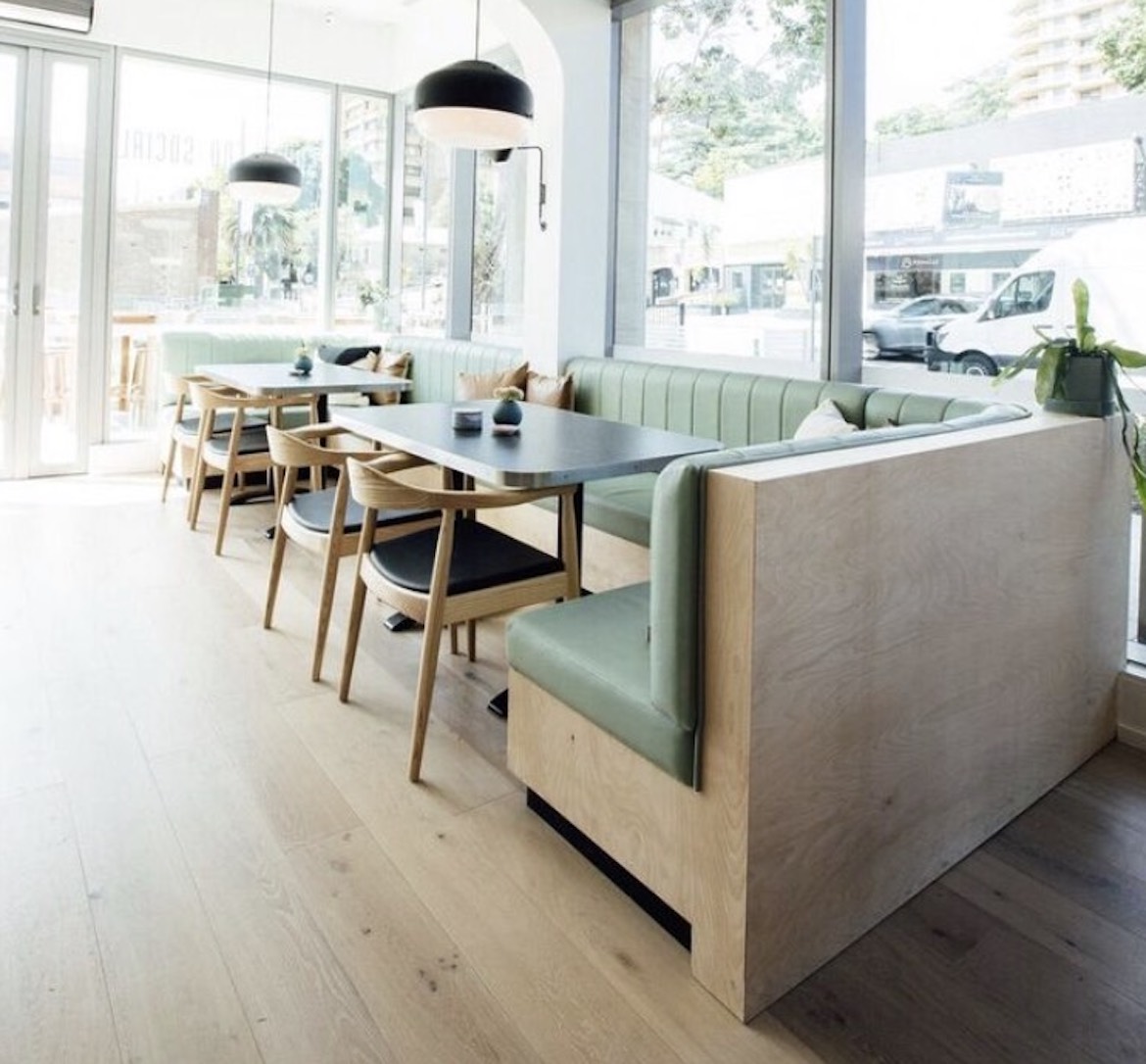 One of the most crucial ingredients to a successful CBD café is coffee and South End is so serious about its brew, it calls itself a ‘coffee lab’.

The house blend is Fat Poppy’s Hollywood, a fruity combination of Ethiopian and Brazilian beans.

There’s also an Indonesian single origin on offer, and batch brew coffee is set to land any day in line with the cafe trends out of Melbourne and Sydney. Open for breakfast and lunch every day bar Sunday and for dinner from Thursday to Saturday, South End fulfils a dual role as a cafe and bar.

Brunch is a combination of sourdough specialties, smoothies and healthy bowls.

With workers in mind, there are a few gourmet sandwiches including a classic Rueben, colourful salads, and scrumptious burgers. The crunchy Fried Chicken burger is as good as it gets and truffle-lovers won’t be able to resist the shoestring fries with truffle mayo. 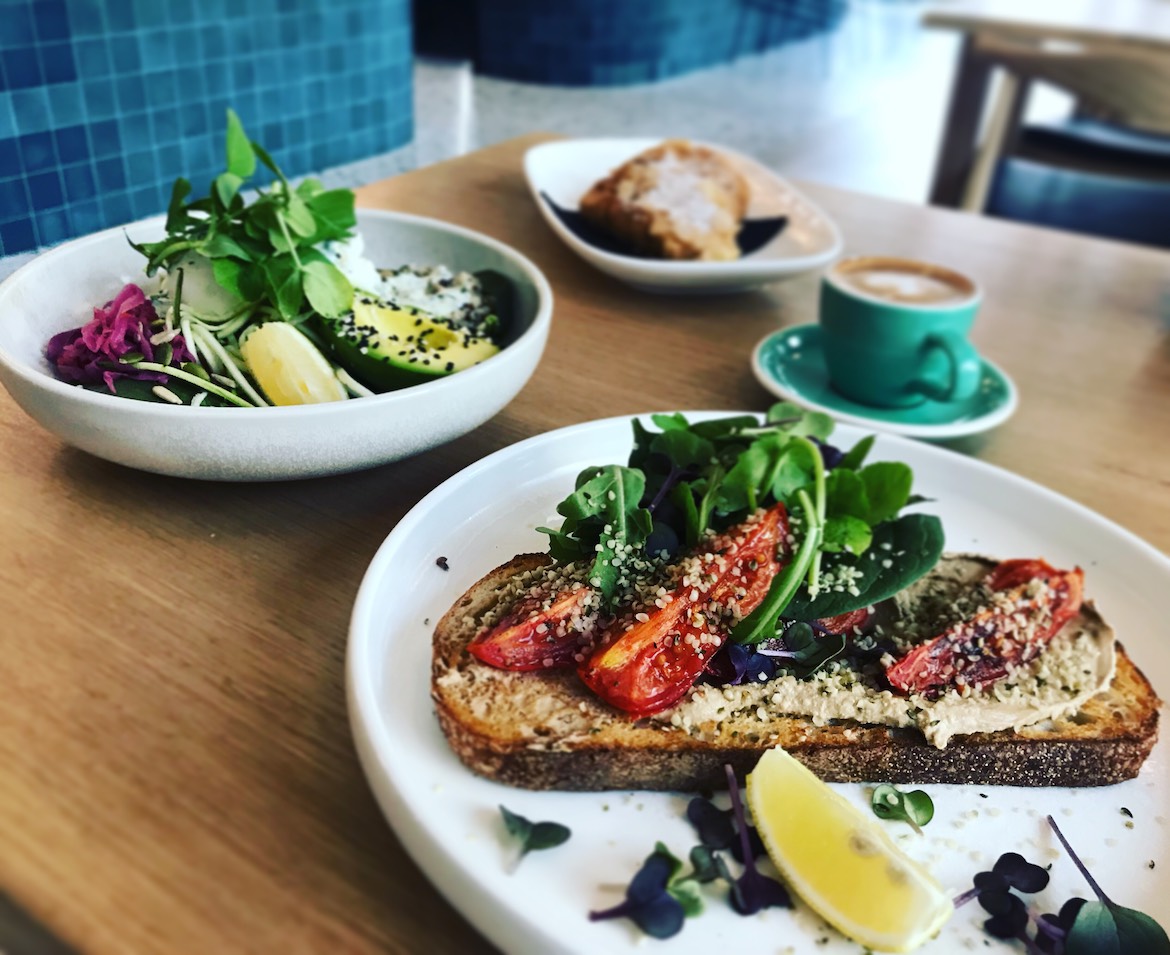 In a nod to their Erina roots, Paul and Michael have brought their famed tacos to south Gosford with the shredded chicken and pork belly flavours both making a cameo on the lunch menu.

The dinner menu is a smorgasbord of intriguing small plates including manchego churros, beef cheek fritters, Szechuan pork belly pancakes and blue swimmer crab sliders, which can be matched with any number of wines from French Sauvignon blanc to South Australian Malbec. Located on the ground floor of the new NSW Department of Finance, Services and Innovation building and next to the Tax Office’s new home, there was an expectation that the coffee, food, wine and venue would satisfy the high standards of the city-slickers commuting north for work.

As it turns out, Michael, Paul and their professional team, are the perfect people for the job.

All curves, on-trend colours and interesting textures from the terrazzo to the tiles, South End Social would look at home in any city centre and will hopefully become the hallmark of our city.