The Secret Life of Oysters

Below the tranquil surfaces of the Hawkesbury River and Brisbane Water lies a treasure trove of oysters, quietly working away to produce lustrous akoya pearls.

“A woman needs ropes and ropes of pearls.” So said fashion’s classic disruptor and perennial style-mistress, Coco Chanel, sometime last century. Pearls have been in vogue for millennia and are officially the world’s oldest gems; they are also the only gems to be formed by a living creature rather than dug out of the ground.

Central Coast Life & Style is exploring Broken Bay Pearl Farm – the only one of its kind in NSW – to find out more about the glamorous jewel. Our day of discoveries kicks off at the humble public jetty at Woy Woy to sample the specially tailored private VIP Experience; in the afternoon, we take the boutique company’s excellent two-hour tour from the Shellar Door at Mooney Mooney. We jump into a punt with pearl farmer Ashley Evans (above) and gemologist Celeste Boonaerts, who take us to two leases on Brisbane Water to demonstrate the difference between one- and two-year-old akoya oysters. As our expert guides outline what’s involved in producing the precious gems, we start to gain an insight into how intensive and long term this pearl farming business really is.

“Oyster leases are like submerged farms,” says Ash. He is responsible for about 10,000 square metres of leases in Brisbane Water and the Hawkesbury River, along with overseeing oysters throughout their development from spawn to microscopic spat (essentially babies, millions of them) to maturity about five years later.

These remarkable little bivalves are liable to be picked off at all stages of their lives, by birds, fish, worms and barnacles, and keeping the survivors barnacle-free is an ongoing labour of love. Oysters also make a vital contribution to the health of the waterways: they act as filters, storing algae and carbon in their shells, and interact with oxygenating seagrasses to help keep the water clean. 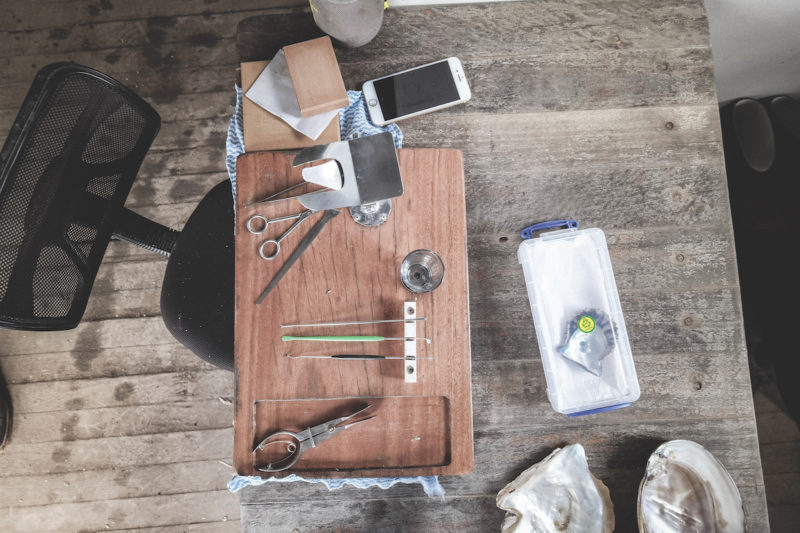 Ash and Celeste whisk us off to the seeding shed, a rustic shelter in the mangroves, where we watch two farmers transferring spat from mats to frames inside fine-mesh nets. These are then submerged in water and the mesh is cleaned every couple of weeks to keep them free of silt and weeds. As the oysters grow, they are hand-sorted by size, usually when they are being scrubbed clean, and moved to bigger baskets on the leases. This process continues every three months, until they are two years old and ready to seed.

The seeding shed is also where the all-important ‘pearl-seeding’ procedure happens. Celeste is more than five years through her 10-year apprenticeship – it’s an extraordinarily specialised, technical job – and she explains that it takes three shellfish to create a pearl.

First is the Mississippi freshwater clam, whose hand-sanded, pure white shell ‘balls’ form the nuclei of all cultivated pearls. Second is a two-year-old oyster, selected among other things for the colours of its shell; its mantle is removed and cut into 3mm pieces, which are ‘donated’ to a second oyster to encourage the growth of the pearl. The nucleus is inserted into the gonad of the second oyster, along with the tissue graft. The tissue dies if not used within 20 minutes, and skilled technicians work with one shell a minute.

Of course, this is a very condensed version: you’ll learn a whole lot more when you take one of Broken Bay Pearl Farm’s Shellar Door tours at Mooney Mooney.

Once the oyster has had its ‘operation’, it goes into a recovery box for a week, then it’s back to the nets on the leases for three years. Five years is considered the optimum age for harvesting akoya pearls – the shells are bigger and heavier than three years before, but if they’re left much longer there’s a risk of losing the pearl due to degradation. 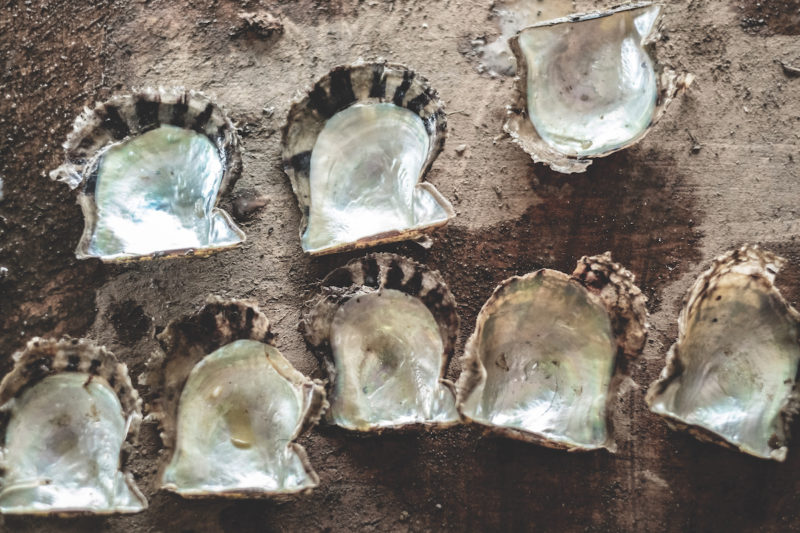 Harvesting a pearl is a gentle, gooey process. Once the oyster is prised open, you feel around the flesh with your fingers, hoping for that all-important hard bit – and if you’re lucky, you’ll squeeze out a perfect pearl. It’s a thrilling experience – suspense followed by elation, or possibly disappointment if there’s no pearl – and skilled technicians such as Celeste can tell by the quality of the pearl how well it was seeded in the first place.

Akoya pearls are smaller than the South Sea pearls (pinctada maxima) cultivated in Western Australia, ranging from 4mm to 10mm with an average size of between 6.5mm and 8mm. The world’s biggest pearl measures 22.24mm and was produced at Broken Bay Pearl Farm’s sister operation at Cygnet Bay, WA, in 2004; it is still there, under lock and key, and is absolutely priceless.

Seeing how pearls are graded (and ultimately priced) in the Shellar Door grading room is the grand finale to the afternoon boat tour around the Hawkesbury leases. The five ‘virtues’ of a pearl are its lustre, surface, shape, size and colour. Pearls of Australia adds another two virtues that are unique to this company: provenance and purity.

What is an akoya pearl?

Akoya pearls were first grown and harvested by Japanese pearl farmer Kokichi Mikimoto in 1893 and today he is often called the ‘father of cultured pearls’. A surgical grafting technique known as the Mise-Nishikawa method took the process a step further, resulting in the spherical Akoya pearl recognised the world over.

Mikimoto pearl necklaces started to become particularly sought-after in the 1940s and Marilyn Monroe famously received one as a honeymoon present from husband Joe DiMaggio in 1954.

Akoya pearls are considered to be the classic pearl for use as jewellery because of their often-perfect round shapes, mirror-like lustre and neutral colours. The lustre of top grade Akoya pearls is unmatched in the pearl world and colours range from gold to ‘classic’ cream, white, silver and blue. Pink hues are rare and deep blues fetch the highest price.

Not all oysters produce pearls, but their flesh is a succulent delicacy. Broken Bay Pearl Farm is now cultivating the akoya pearl oyster. Just like a Sydney rock oyster, the Akoya pearl oyster can be eaten raw and whole. Its flavour has been described as stronger than the very subtle pearl meat (from Broome) and its meaty consistency is similar to a scallop. For those wanting to sample this new seafood, it’s on the menu at local dining venues including Saddles at Mount White, Bells at Killcare and the Hawkesbury’s Marramarra Lodge. For more details about the Broken Bay Pearl Farm, call 02 9985 1479; see pearlsofaustralia.com.au 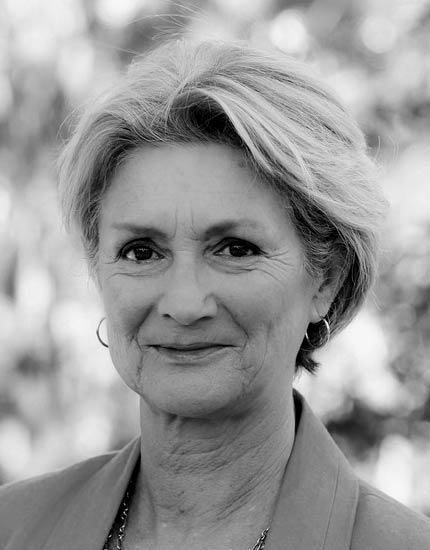 Central Coast Life & Style's editor is now a resident Coastie, having visited many times over the years. Sally is a well-known travel and cruise writer and loves exploring near and far. Don’t hesitate to get in touch if you’ve got a local story to tell!