To the Edge of Box Head

Jutting out of Bouddi National Park like a finger pointing southward, Box Head is one of the most distinctive headlands on the Central Coast.

From afar it looks impossible to reach but the iconic point is only a short off-road drive from the back of Killcare and an easy bushwalk. A fringe lily at Box Head

After navigating the rocks and bumps along Hawke Head Drive, and making a few pit stops to admire the view to the north of Ettalong and Hardys Bay, we join a couple of other cars parked at the end of the road.

When we’re not taking in the endless blue sea, which is always flickering through the trees, we’re struck by the  abundance of flannel flowers and the simple beauty of fringe lilies which pepper the scrub with their vibrant purple hues. The Box Head track offers a couple of forks in the road including an option to hike to Lobster Beach and Wagstaffe as well as a path down to Tallow Beach.

Just past the Tallow turnoff, the sandy track narrows and under the shade of banksias we explore rocky outcrops with views out to Pearl Beach and its millionaire row and down to the bare sands of Tallow Beach. Tallow Beach and beyond

It’s so tranquil we can hear a lizard scurrying through the leafy ground cover, a whipbird crashtackle some branches overhead and we’re acutely aware of lacy spiderwebs as we continue south on a path that in this moment, is all ours.

Through a green canopy we make our final descent onto a cluster of rocks and the world is laid out before us.

The final tip of Box Head’s long finger stretches ahead directing our gaze to where the boundless blue Tasman Sea meets a hazy sky of wispy white clouds. 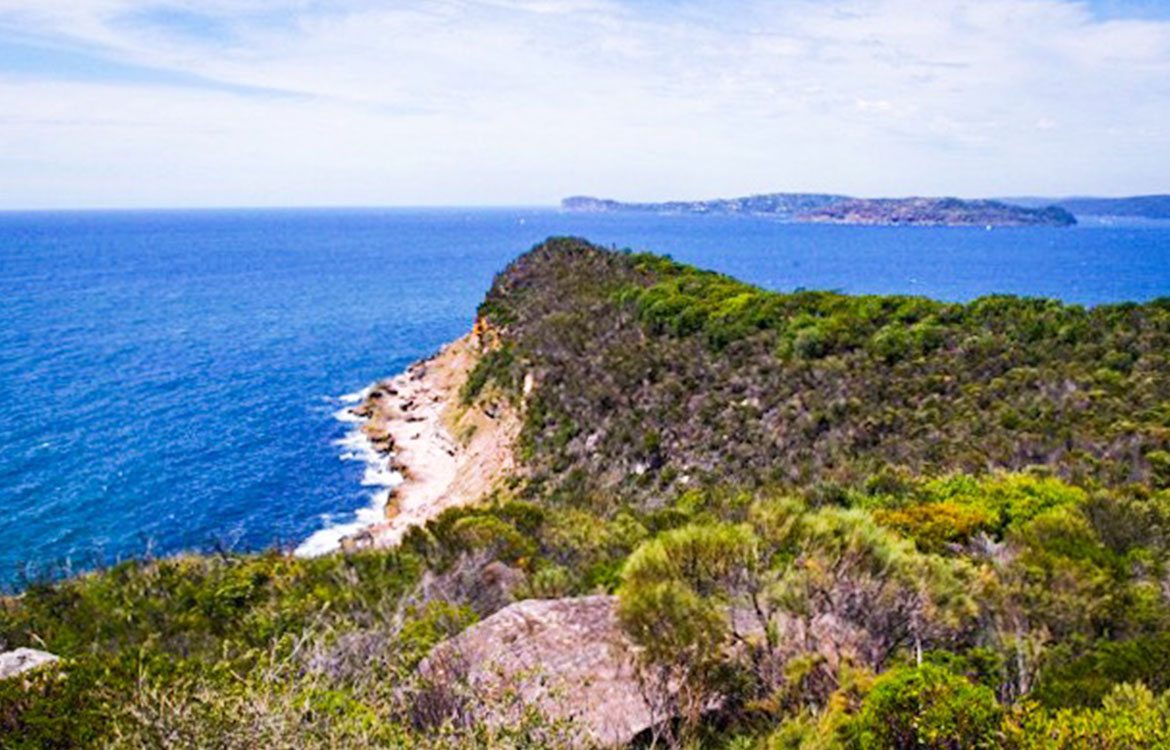 It’s only about a kilometre from the car to the rocky outlook but with all the photo stops, it has taken about an hour.

After soaking in the view we power back over the rocky ridge, along the dirt track, past more beautiful wildflowers and up to the car in far less time. The picturesque panoramas don’t end once we’re back in the car and we pull over several times on Hawke Head Drive to soak up more stunning vistas.

It’s worth veering off into clearings for the unobstructed views of Broken Bay, Lion Island, Tallow Beach and Sydney’s distant northern peninsula.

Coastal Chic Tip: Take your swimmers and cool off at Tallow Beach after the walk. While a 4WD will handle Hawke Head Dr better, all the vehicles we saw were standard cars and they seemed to manage the terrain ok. And watch out for mozzies in the shady spots.