With incredible vocals, showcased on the 2020 season of The Voice, Terrigal talent Johnny Manuel talks to us about what’s next for him. It is not often that an international superstar decides to put down roots on the Central Coast, so when American singer and Terrigal resident Johnny Manuel made his debut on The Voice, locals got quite excited.

Tipped to take out the top rating talent show thanks to his amazing performance of Celine Dion’s famous track ‘My Heart Will Go On’. Johnny’s runner up placing behind Guy Sebastian’s brother Chris left many viewers shocked and disappointed. But the incredible crooner is still managing to live his dream, right here in our beautiful coastal region.

Since filming, Johnny has been busy writing original songs, performing around the Central Coast and Sydney, and he even got to enjoy COVID-19 lockdown as a permanent Terrigal resident.

Central Coast Life & Style were lucky enough to receive a private performance from Johnny at our launch event in October last year and the team were blown away by the sheer depth of Johnny’s range. His talent is everything that you saw on The Voice, and more. Performing three songs, including ‘Say It’ (his original single recorded during his time on The Voice) and an original track written from his Terrigal apartment, it was obvious that Johnny has a true gift and passion for music, which comes across in his emotional performances.

Born and raised in Flint, Michigan, a small city just outside Detroit in the USA, as a kid Johnny couldn’t be pulled away from the radio, obsessed with mimicking every note he heard. His parents soon realised that Johnny had a very special gift, so to further the development of his voice they encouraged him to join the church choir. By the age of ten he had recorded his first demo; a cover of Run DMC’s ‘It’s Like That’ and by the age of 14 he had a recording contract with Warner Records.

“I toured at the time with big ‘back in the day’ pop acts like NSync and Jessica Simpson,” Johnny told Central Coast Life & Style.

“After that, I continued singing, went to New York for a few years. Then at 17, I was introduced to David Foster who produced some big hits like ‘My Heart Will Go On’ and a bunch of songs by Whitney Houston. “Through David, I continued to meet people and travelled all over the world for music. I eventually did America’s Got Talent in 2017 and my audition video went viral, so after that things really started to pick up.

“One of the people I met living in LA was Hugh Sheridan, an actor here in Australia. We became really good friends and he has a band called the California Crooners Club. He would invite me every year to come to Australia and tour with him – we’d go to Perth, Melbourne, Sydney. So I was here two and a half years ago and went to a restaurant in Coogee, started a conversation with someone, and now we’re in a long term relationship and living together.”

Johnny’s partner grew up on the Central Coast, hence after living in Sydney together, then London, they decided to move back to the Central Coast at the start of 2020. And what a smart move and bonus for us locals. “I’ve had so much support from local residents. I’ll go to Erina Fair or the gym and people say that they thought I should have won The Voice,” he laughs

“The show kept me really busy at the start of the year but now I’m getting to explore more of the coast, which is great. I love walking down to Terrigal, going to the beach and grabbing breaky. I think it’s one of the most beautiful beaches in the world.”

Johnny mentioned that he has been visiting the area on and off for six years and was happy to now call it home.

“It is such a great location because you’re close enough to travel to Sydney and then retreat home to the peacefulness of the coast at the end of the day,” he said.

Johnny has now written six songs from his apartment in Terrigal and has several shows on the agenda. He also hopes to work on a show at Laycock Theatre in Gosford.

“I really want to see something big musically happen here on the Central Coast. I’ve got lots of new music lined up to launch throughout 2021 too.” he said. 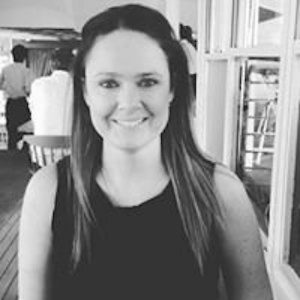 Jess is a journalist living on the NSW Central Coast. Coming from news.com.au she's written for realestate.com.au, interviewed celebrities such as Johnny Manuel from The Voice, Kyal and Kara from The Block, as well as model and reality TV star Elise Knowles. We're honoured to have her on our team.