Lords of Pour: a world of coffee in Ettalong

Like many young Coasties, Ben Coward headed for the big smoke when he grew up and has returned years later to start a business and a family.

Luckily for locals, the 29-year-old Umina resident has also brought a world of coffee with him.

With beans from Ethiopia to El Salvador and an eclectic setting, Lords of Pour at Ettalong is fast earning a reputation as home to some of the best coffee on the Coast. From a small space near the ferry wharf, Ben has created an edgy and hip cafe for Peninsula residents.

The interior design is nothing short of intriguing. A close look at the walls and ceiling is sure to raise a few eyebrows.

Like something out of a zombie movie, tattooed mannequin limbs reach out of a leafy canopy in the roof; animal skulls adorn the wall and reside in a birdcage on a table top that appears to have been ripped from a bathroom floor; and as if they’ve crawled off Ben’s tattooed neck and arms, one wall is covered with colourful butterflies, flowers and skulls in the neo traditional tattoo style. 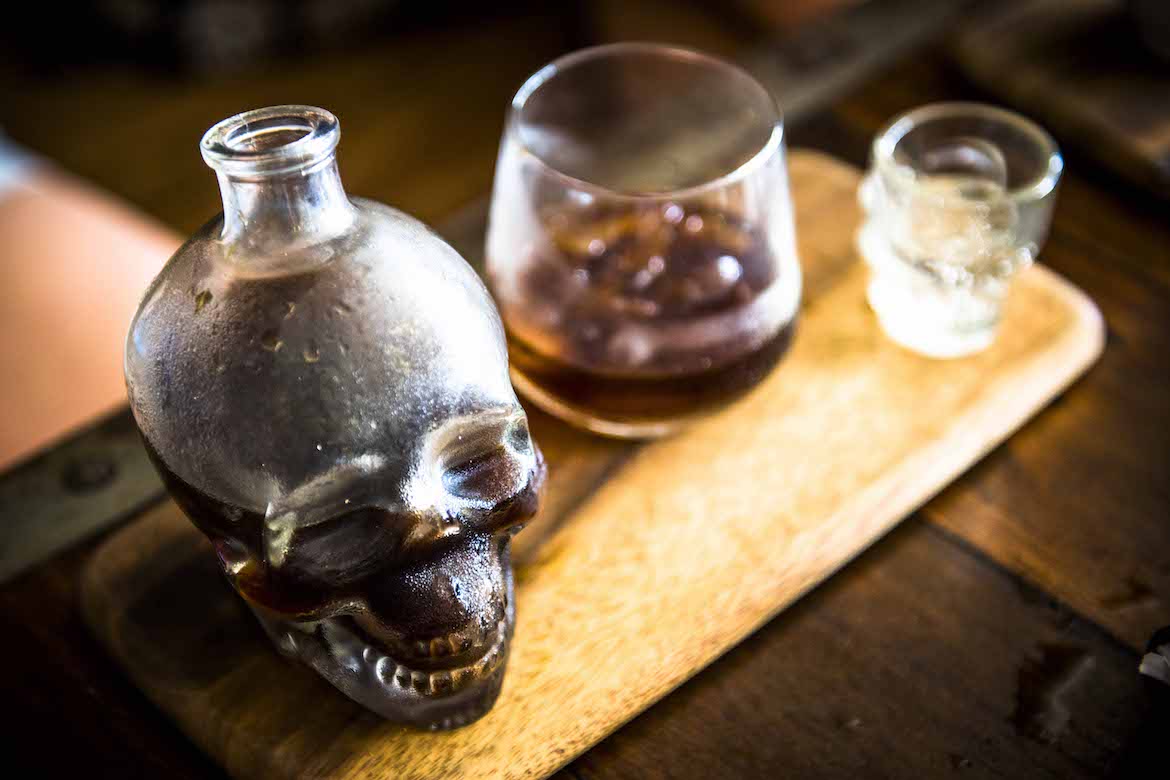 In other unique flourishes, drinks are sometimes served in glass skulls and there’s even a Warhol Campbell’s soup print in the corner.

In explaining the bizarre, borderline creepy, styling, Ben says “I like to go to places that are different”.

“In Sydney, I never cared what a place looked like as long as it had good coffee.”

And good coffee is what Lords does best. Having grown up in Kariong in the 90s when a frothy cappuccino was the coffee du jour, Ben wasn’t sure how the Coast would react to a Melbourne-style cafe with exotic beans and blends.

“There was nothing like this around here,” he says.

Ettalong, with its mix of retirees and young families, could have been a hard nut to crack but nearly two years in, Ben prides himself on educating locals on different types of coffee.

When he first opened in 2016, cappuccinos were the most popular order but he’s increasingly noticing that residents start with a cap’ and then move onto black coffee to try the exquisite blends he’s importing to the Coast. 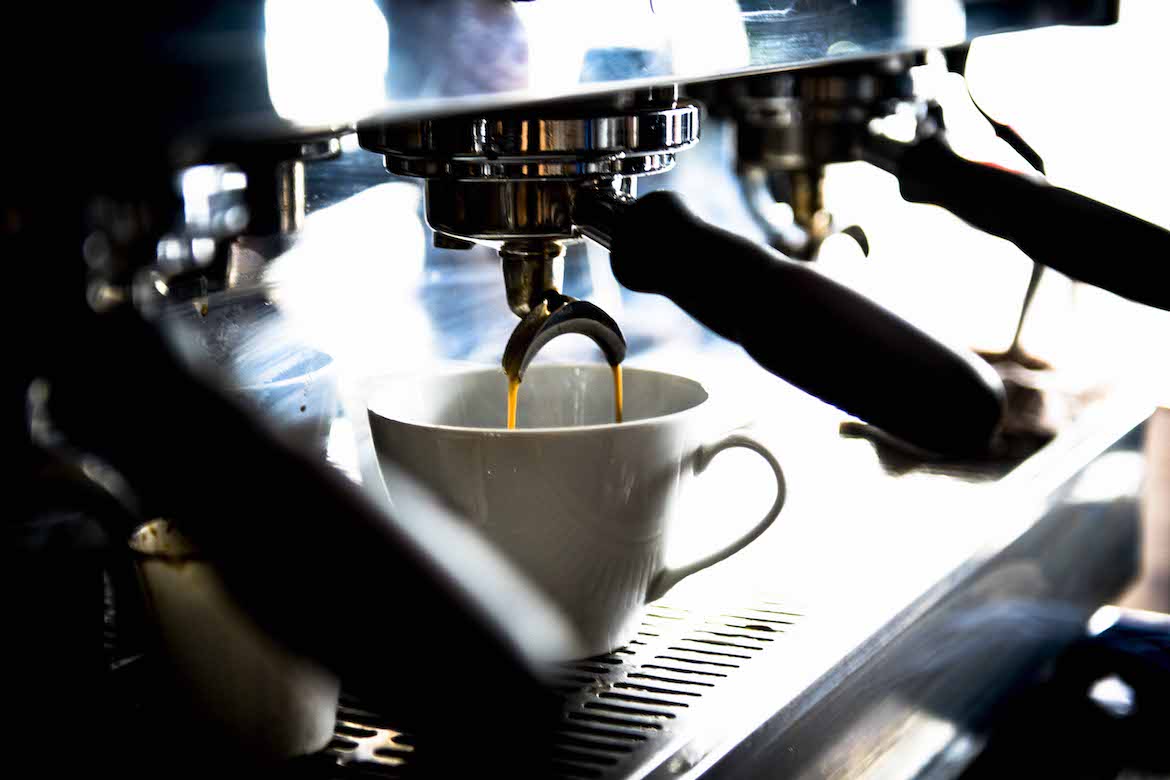 With a rotating roster of guest roasters, you never know what you’re going to find on the chalkboard each week.

In line with the Melbourne vibe of the cafe, most of the roasters are sending beans from south of the border but Ben also draws on some from around the world, including Norway. Ben Coward behind the machine at Lords of Pour. Photo: Lisa Haymes

Because those who like it black deserve flavourful coffee, there are single origin options from Costa Rica, El Salvador and Guatemala, and for flat white or cappuccino connoisseurs, there’s a Killer Bee blend which is bold enough to cut through milk.

Coffee aficionados will love the variety and complexity on offer. Beans from an Ethiopia co-op feature flavours of butterscotch and candied peach while a Kenyan blend boasts complex notes of toffee and brown sugar plus lime, plum, jasmine and blackberry.

As a coffee lover himself, Ben is always reading up on the black gold in his spare time and before he embarked on his first cafe, he learned about coffee and cafe trends doing the rounds as a sales rep in Sydney. 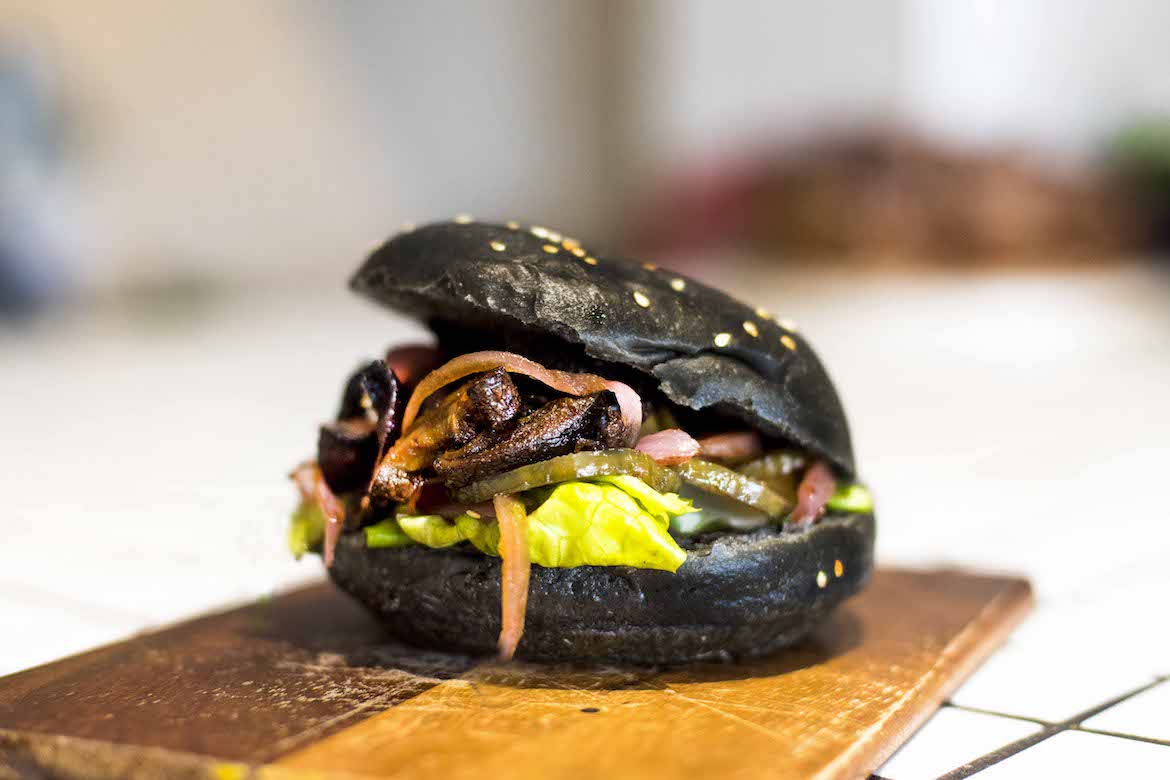 Crafted by local chef Adam Dayes, the café’s menu offers up delights such as mac & kimcheese – a twist on the cheesy classic with Kim Chi tempura – and instead of a traditional bacon and egg roll, a charcoal bun is filled with shiitake ‘bacon’, pickled red onion, lettuce, avo and a fried egg.

Adam calls the Asian fusion a “joyful interplay of Western junk and dude food threads” like the sort of dishes you’d find in Korea or Japan, and promises that each season’s menu will be just as exciting and flavourful.

The aim is to create food with flavours as strong, worldly and interesting as the coffee, while differentiating the menu from other cafes in the area.

“We wanted to write a high interest, balls-to-the-wall brunch menu, because it’s been so underdone as a style of dining that most people think it’s just a time of the day. It would be errant to assume the Coast would only appreciate run of the mill café offerings like another generic smashed avo on toast,” Adam says.

“The menu eschews conservatism and the generic and prides itself on its originality and interest.” Ben and Adam are clearly a match made in heaven.

“I didn’t want a cliché coffee pun, Lords of Pour is a bit different,” Ben says. 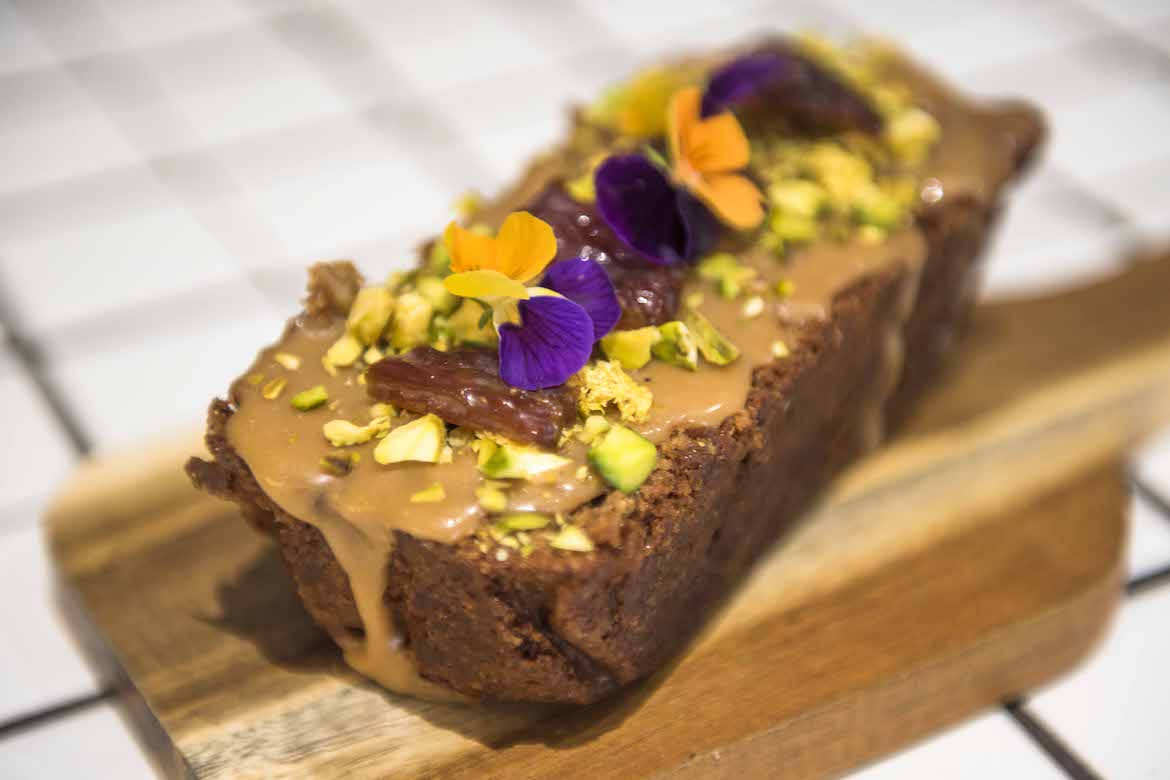 As a perfect accompaniment to a steaming hot cup of brew, the counter top is home to freshly baked muffins, cookies and crunchy croissants.

While the café’s glass cabinets are filled with beautiful, towering cakes and vegan slices. The culprit is Ben’s mum, Lisa, who lives around the corner in Umina.

She’s not a baker by trade but Ben always liked her cakes so roped her in to the business.

From the looks of the gluten-free pistachio and lemon curd cake, the hazelnut torte topped with Lindt balls and the buttered walnut and caramel loaf decorated with edible flowers, you wouldn’t know it wasn’t her profession. While the Coast mightn’t have the same reputation as Melbourne or Sydney when it comes to coffee, with every Ben that opens a new cafe, the future is bright for the region’s cafe scene.

Lords of Pour is open from 6am-2pm on weekdays (closed Monday) and from 730am-230pm on weekends, when an expanded menu is available.

*Please note: Lords of Pour has moved up the road to 199a Ocean View Rd and while it looks a little different, the coffee is the same.