The NSW Central Coast is home to dozens of beautiful beaches and like any coastal region, some, like Terrigal and Avoca, have become iconic, while others remain more of a local secret.

As well as the popular patrolled beaches on the Coast from Umina in the south to Lakes in the north, here’s a handful of hidden gems where you’re less likely to find the hordes this summer. And if you’re really lucky, you might even find that yours are the only footprints in the sand. Tuggerah is more widely known for its Westfield than its beach. Even though at more than 6km, it’s one of the longest beaches on the Central Coast, filling the void of coastline between The Entrance and Norah Head. One reason might be because its main access is through the Pullman resort.

Adding to the exclusivity, the beach is at the end of a bush-lined, wood-planked walkway that is so long that the sand changes from mocha to cappuccino as it winds its way to the grass-carpeted dunes and blue-green sea. 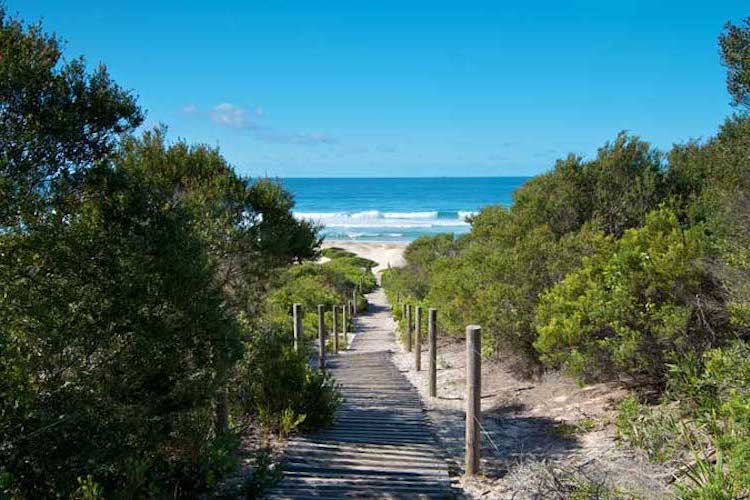 Known as ‘Pelos’ to locals, Pelican Beach is a stunning expanse of beach at the end of a little easy-to-miss road off Wilfred Barrett Drive in the Wyrrabalong National Park.

Aptly-named Pelican Beach Road, it’s only a short drive over a few speed humps to the car park and then a brief walk along wooden boards and through some sand moguls to the beach.

While the tourist town of The Entrance can be seen to the south and one of the Coast’s most popular beaches – Soldiers Beach – lies to the north, Pelos seems to escape the hordes. There’s an exhilarating sense of freedom that comes with having a beach (practically) to yourself on a summer’s day. Accessed via a walkway off a small car park in the backstreets of Forresters Beach, Spoon Bay curves away from the rocky headland of Wamberal Point for about a kilometre before meeting up with better-known neighbour Wamberal Beach.

While Wamberal’s beach and lagoon are popular holiday spots, Spoon Bay is a lesser-known nook which can offer up decent waves and a quiet place for a swim or a stroll.

Seen from Ettalong and Umina as a petite sandy cove surrounded by towering bushland, Lobster Beach is one of those secluded beaches you might think you can only access by boat.

While many choose to visit this way, by parking up on a sandbank or on the beach itself, this exclusive strip of sand is also accessible by stairs which descend through thick bush from the backstreets of Wagstaffe.

This hidden location means it’s not frequented or perhaps even known to many visitors, but it’s well worth the walk to enjoy the private beach and the views of the peninsula. 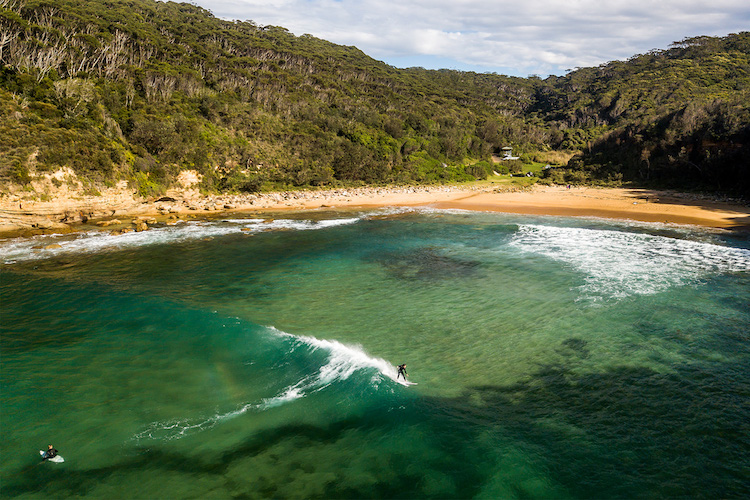 A short 10-minute walk through a forest of gums and ferns is a picture-perfect cove called Little Beach. It’s small to start with, maybe only 100m of sand, but seems even more diminutive thanks to the bush and sharp cliffs that envelope it. On a sunny day, it’s home to an emerald lagoon fringed with exotic rocks in purple, brown and red hues.

Because it’s a short walk from the nearest road – Grahame Drive at MacMasters Beach – there’s rarely more than a handful of people there (except during peak camping season). Little Beach is one of the Coast’s best-kept secrets.

Not to be confused with Byron’s Tallow Beach, the NSW Central Coast’s version has to be one of the most private strips of sand in New South Wales.

Wedged between Box Head and Putty Beach, the only way to access the beach is by driving 2km into Box Head along the rocky and bumpy Hawke Head Drive (it’s off-road, so a 4WD is recommended, but we saw a Prius managing just fine) and then heading off on foot down a track which runs for about 1km.

It’s all downhill getting there, which means it’s an uphill slog on the way back, but there are lots of pretty wildflowers and stunning views to distract you. There’s a small campground at the beach and some of the least trodden sand around. Like Little Beach, Tallow Beach and Lobster Beach, Maitland Bay is a gem in Bouddi National Park which can only be accessed via a bushwalk. It’s a short 15-minute walk from the corner of Maitland Bay Drive and The Scenic Road, or it’s smack bang in the middle of the 8km Bouddi Coastal Walk between Putty Beach and MacMasters Beach.

Surrounded by bushland that’s alive with the chorus of cicadas and rocks that can drive the imagination wild with their intricate patterns, it’s a stunning arc of secluded coastline. 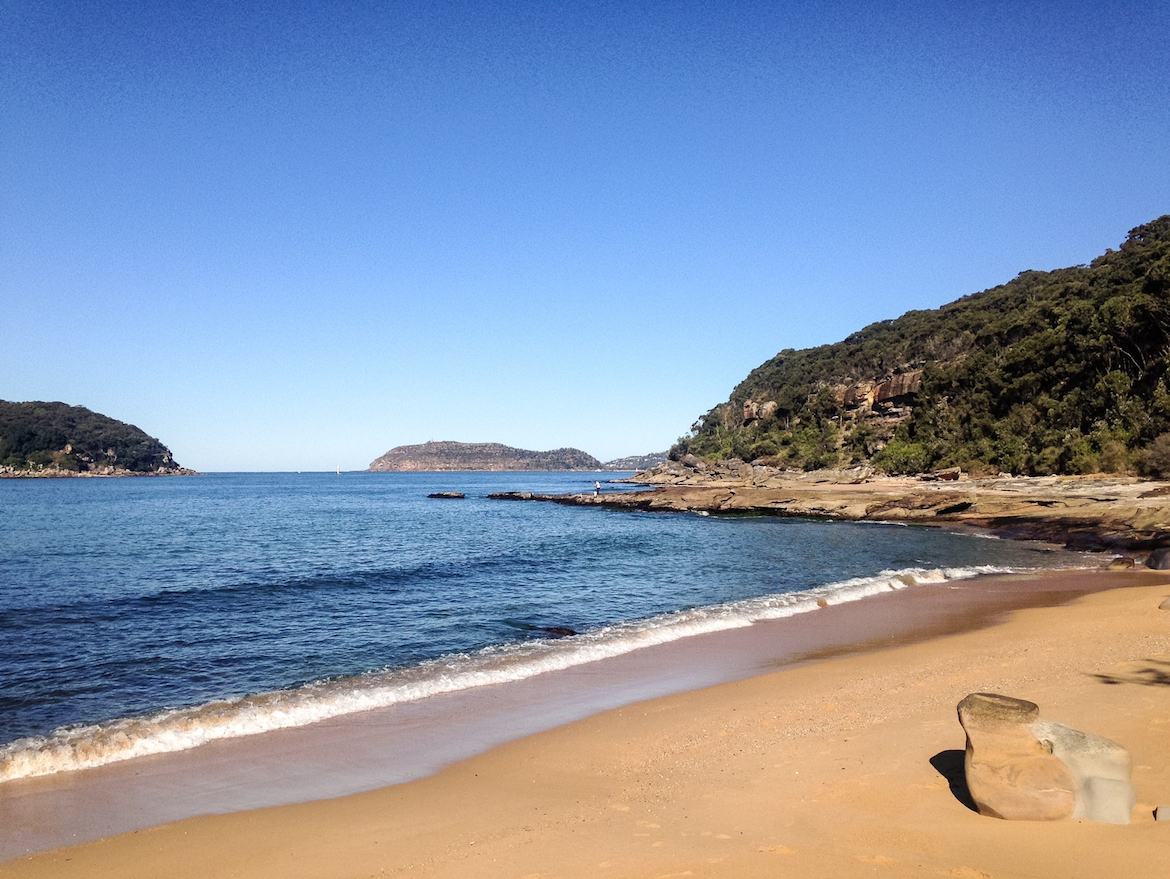 There are even some beaches so secret they don’t have a name – wild stretches of coastline that are sure to lure out the explorer in you. One such strip can be found south of Pearl Beach. Keep walking around the rocks until you’re in line with the rear of Lion Island, and looking straight across to Box Head.

This private beach, hemmed in by a wall of the bush, is known as Flathead Beach to locals because it’s as good a spot to catch a flatty as to get some secluded sunshine. If you’re lucky, you might even get to frolic with the dolphins that frequent the area.