A Few New Cafes & Bars on the Coast

The Coast is evolving at such a rapid pace, it seems as though there is an exciting new bar, restaurant or cafe opening up every other weekend.

These past few months have been particularly productive with a handful of new restaurants and cafes bursting onto the scene.

From a new pasta bar in Woy Woy to Terrigal’s latest waterfront restaurant and a hip and happening burger joint in Erina, the Coast’s food stakes are positively sizzling this winter. Bells strikes again. First there was the Bombini spin off and now Young Barons. Like Bombini’s Cameron and Hayley Cansdell (who we hear have their own plans to open a new eatery in Gosford), Bryce Gleeson and Dannielle Mills met at Bells, fell in love, and are now opening a new Italian eatery on the Coast. In exciting news for the Peninsula, the Woy Woy couple is opening a pasta bar in their hometown later this month. With the pair’s great credentials – Dannielle trained under Stefano Manfredi and Cameron Cansdell at Bells at Killcare, worked at Sydney’s Boathouse on Blackwattle Bay and studied Egyptian pastries and cakes at Pioik Bakery under Shady Wasef, while Bryce also started his hospitality career at Bells where he learnt all things wine from Adam Lambeth from Est. and Hayley Cansdell, and also worked at the Boathouse and Bar Toto in Ettalong – we’re expecting the house made pasta, gelato and cakes to be exceptional. In a tantalising twist for Six String Brewery in Erina, the local lads behind Donnie Eats have taken over the kitchen creating Donnie’s Eatery, a permanent place to chow down on the succulent burgers and tasty tacos we’ve come to know and love from local markets and events. With a focus on Mexican and American cuisine, Donnie’s Eatery offers a beer-friendly menu of fish tacos, fried chicken and juicy beef and bacon burgers, made with buns freshly baked at Green Tangerine in Long Jetty.  As a couple of born and bred Coasties, the blokes behind ‘Donnie’, Dan Brooks and Mikey Morgan, are passionate about using local suppliers. Open Wednesday to Sunday for lunch and dinner, the eatery has definitely upped the food stakes at the iconic Coastie venue. 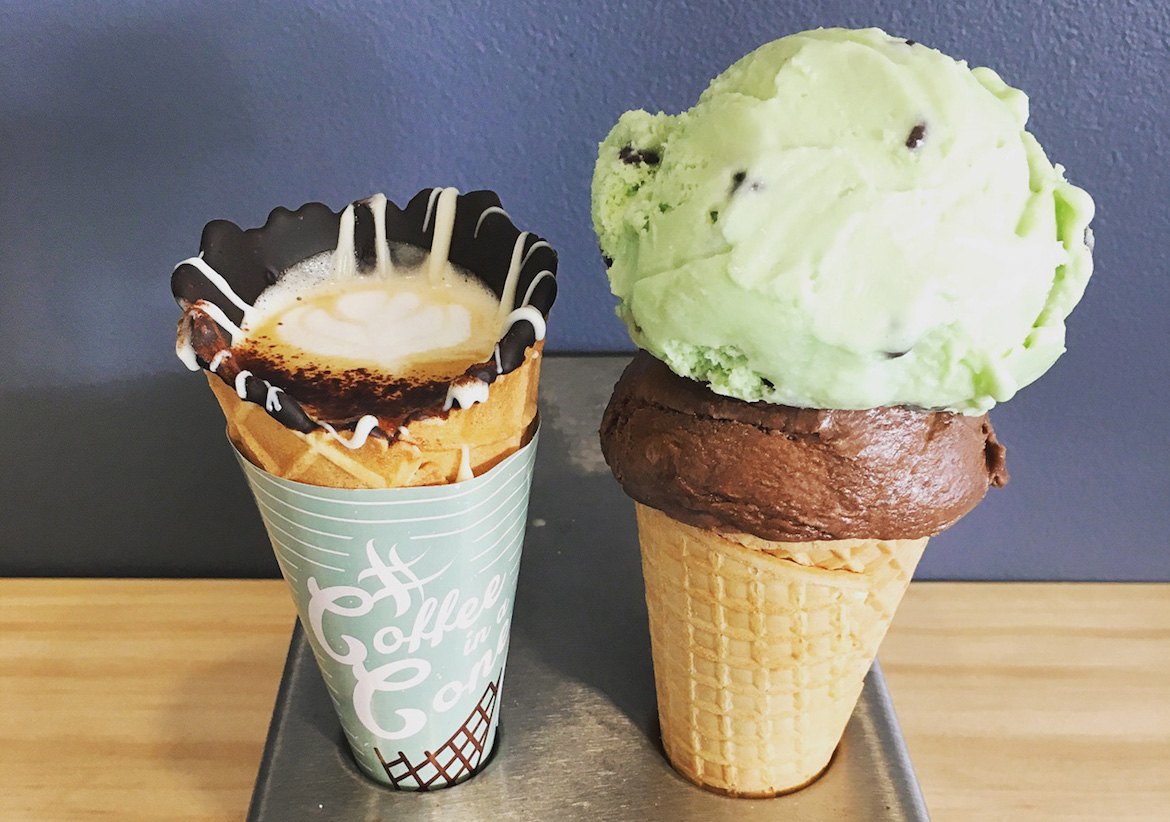 Coffee in a cone and gelato at Helado Ettalong

Tucked away in the entrance to the arcade opposite the Mantra is Ettalong’s new sweet spot – Helado. It’s Spanish for gelato and that’s exactly what they sell. After moving to the Coast a few years ago, Chris and Chantelle Perkins spied a gap in the market for gelato and set about making Chantelle’s dream come true. She has always wanted to sell ice cream by the sea. Gelato might be the name of the game but the shop isn’t just about ice cream, there are also waffles and a few savoury items including empanadas and burritos, a nod to Chantelle’s Spanish heritage. And what’s really causing a stir is the latest global coffee fad, ‘Coffee in a Cone’. Chris claims Helado is the first place on the Coast to offer the sweet treat and assures us it doesn’t leak. The coffee is from Pablo & Rusty and if you take your own reusable cup, they’ll give you 50c off as part of the Responsible Cafes movement. 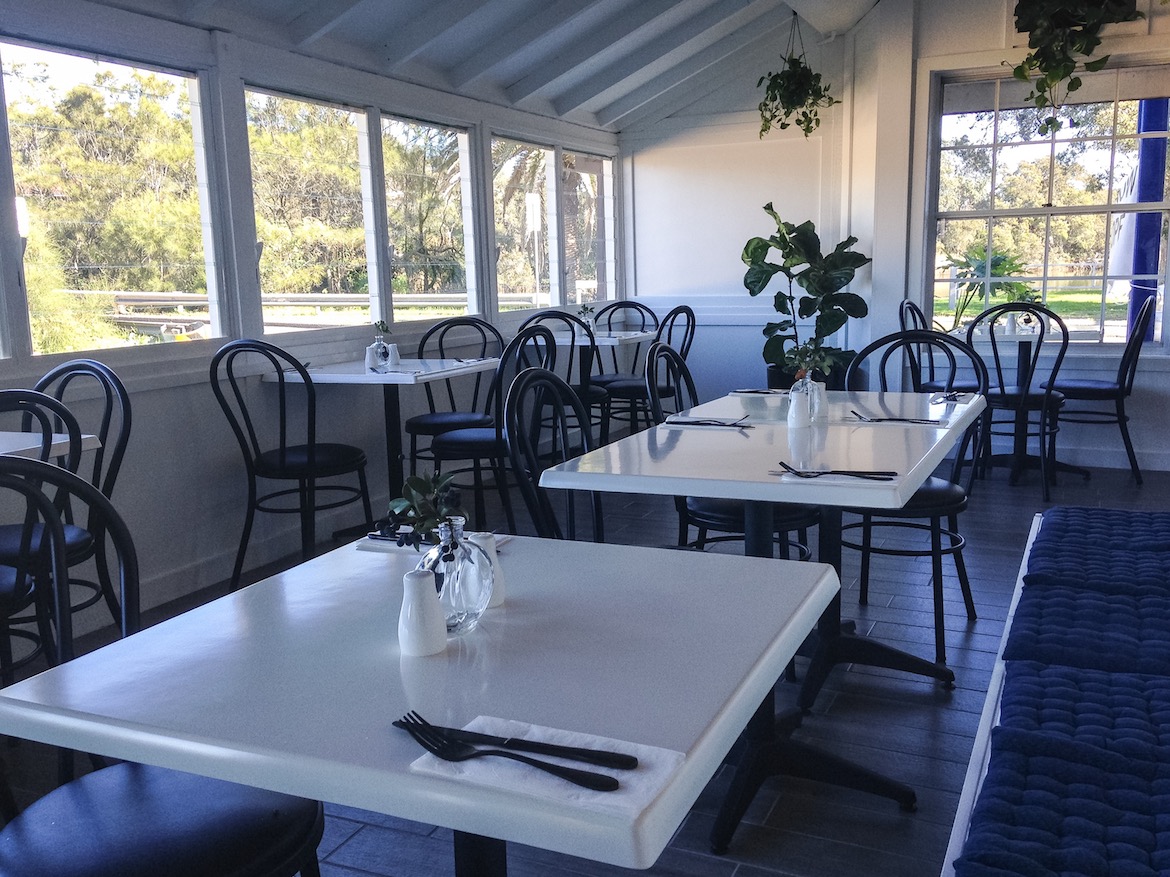 Terrigal has a new waterfront restaurant – Maccoa. The light-filled white conservatory with splashes of greenery and navy is contemporary in its design and boasts 180 degree water views from the lagoon right across Terrigal Beach to the tip of the Skillion. Maccoa, named after a little black duck that used to frequent the area, reinvigorates dining at the Clan (you know that Tudor-style accomodation located on the lagoon) after that vicious storm last year flooded the venue. The kitchen is run by locals Melissa Dixon from Berkeley Vale and Joe Duff from Killarney Vale, so there is a focus on local produce. Coastie businesses getting a boost from the new restaurant include the Egg Shed, Coast Providores, Killarney Bakery and Distillery Botanica. The coffee is Little Marionette. Maccoa is open for breakfast (Mon-Sun), lunch (Fri-Sun) and dinner (Fri-Sat) and is a superb setting for a spot of brunch. The maple and vanilla granola with cinnamon pannacotta is heavenly.