Blessed with summer-in-autumn weather, the festival sprung to life under a powder blue sky, the sun shining down on Woy Woy’s picturesque waterfront as revellers poured into the Boulevarde. The brainchild of the family behind Woy Woy Fishermen’s Wharf (WWFW), it was a celebration of great local food and wine, with a focus on sustainability, which has been so crucial to WWFW’s four decades of success.

Adding some serious credentials to this year’s line up – superstar chef Stefano Manfredi was the event’s official patron.

In its second year, the boutique foodie festival upped the ante.

Tables and chairs popped up on the water’s edge and each stall was as pretty as a picture from Gusto’s white picket fence to The Smoothie Co and their turf-green stools. 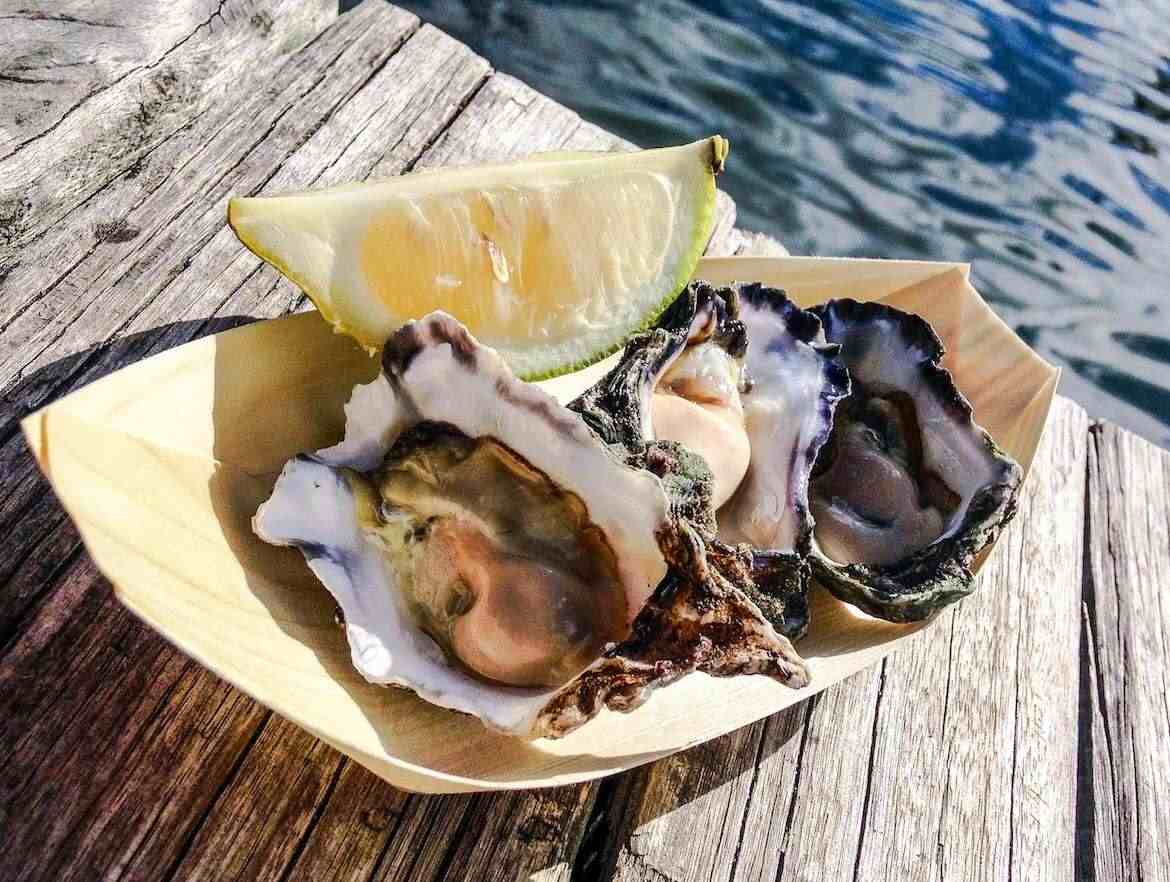 From Safran to Sounds on West, the food stalls were run by some of the best cafes and restaurants on the Coast, which was exactly what festival organisers wanted for Cast Off – only the best of the best. The bar at Cast Off Festival Woy Woy

With stripey deck chairs, hay bales and Shady Co’s trendy brollies, the lawn bar was the place to be.

Pelicans circling overhead, we sipped on icy Aperol Spritz from the Bar Toto boys and made hay…

Things to see – on the NSW Central Coast

Kooindah: a Luxe Oasis in Wyong

A Decade of Festive Fairs