It was once called the Venice of Australia because of its idyllic location surrounded by pristine waterways, but since those good ole days when vintage Sydneysiders used to day trip north for the beach, Woy Woy has struggled with its identity.

In recent years, an influx of city-slickers and commuters has started to change the fabric of the sleepy suburb and in the past couple of months of 2017, with a series of exciting renos and openings, a new chapter has been written.

From the Coast’s first rooftop bar to a tropicana-themed pizza joint, Woy Woy is set to go off this summer. On the waterfront, Woy Woy Fishermen’s Wharf has a new look following a massive renovation. The over-the-water structure juts out the back of the iconic Coastie establishment offering one of the best dining locations on the Coast. The site was under construction for most of 2017 as the Claytons – the fishmonger family behind WWFW for the past 40 years – rebuilt the wharf their restaurant perches on. A new structure has landed and with Xanthe Highfield, one half of local design studio Stewart + Highfield, working with hubby Sam Clayton and his mum Jenni on the interiors, it’s as fish’n’chic as the former establishment. Just up the road,  you’ll find a stylish rooftop bar overlooking the sparkling waterfront. Built on top of The Bayview, Frankie’s Rooftop offers a killer cocktail list and a killer view. With funky tiles, exposed brick, a succulent garden and herringbone timber ceiling, Frankie’s is another Stewart + Highfield masterpiece. 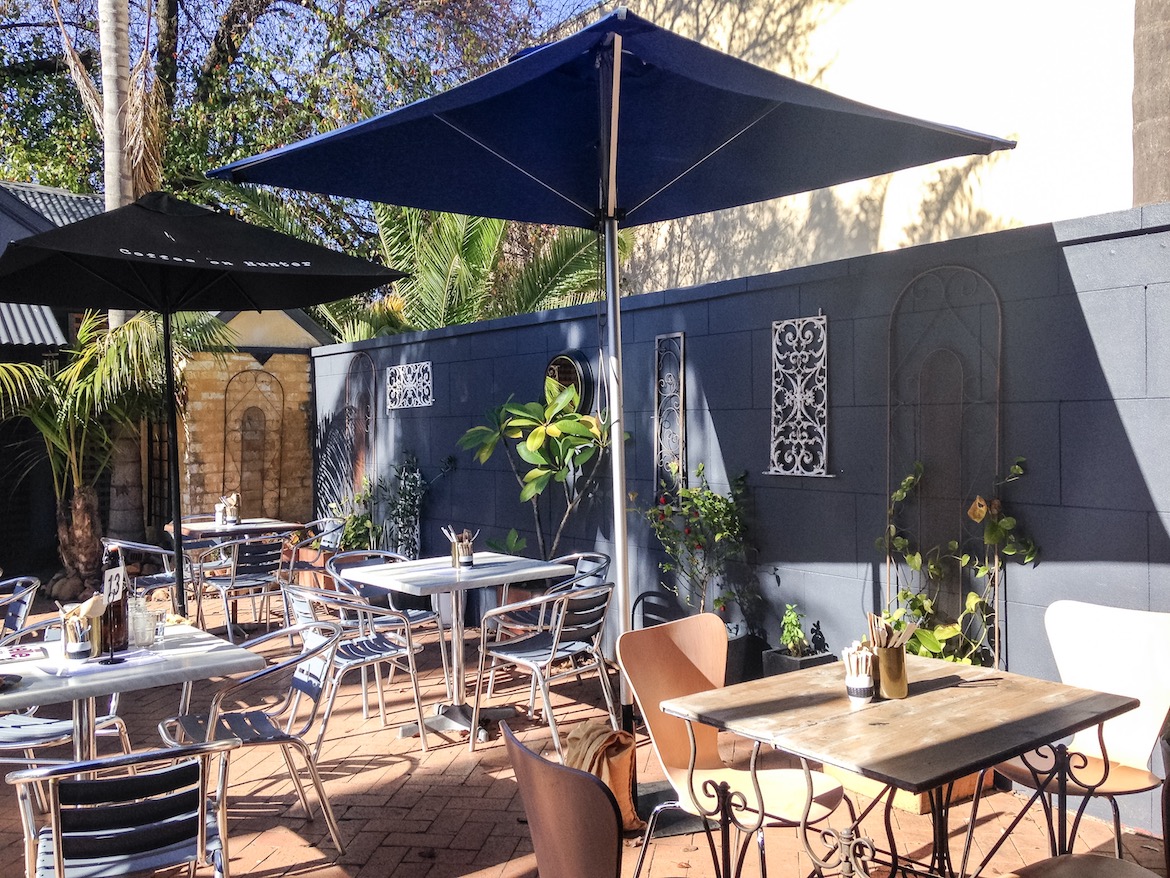 Link and Pin at Woy Woy

Link and Pin is the newest cafe on Railway Street, located ideally opposite the busy train station that sees thousands of Coasties commute to the city during the week. With a bright red door our front and a sun-filled courtyard out back, it’s breathed a bit of life and colour into the area’s cafe scene. The coffee is Glee and there are some exquisite sounding toasties on the menu.

Right next door, homegrown homewares brand Blonde Onyx has moved in. You might recognise the name from the vintage caravan that used to park up at Coast 175 Ettalong on summer weekends. The boutique brings together haute homewares like tousled throws, vintage ladders, statement cushions, classy kids’ clothes, hand-painted wall art and tribal treasures, with Frankie’s making use of some Blonde Onyx cushions to spruce up the rooftop space. 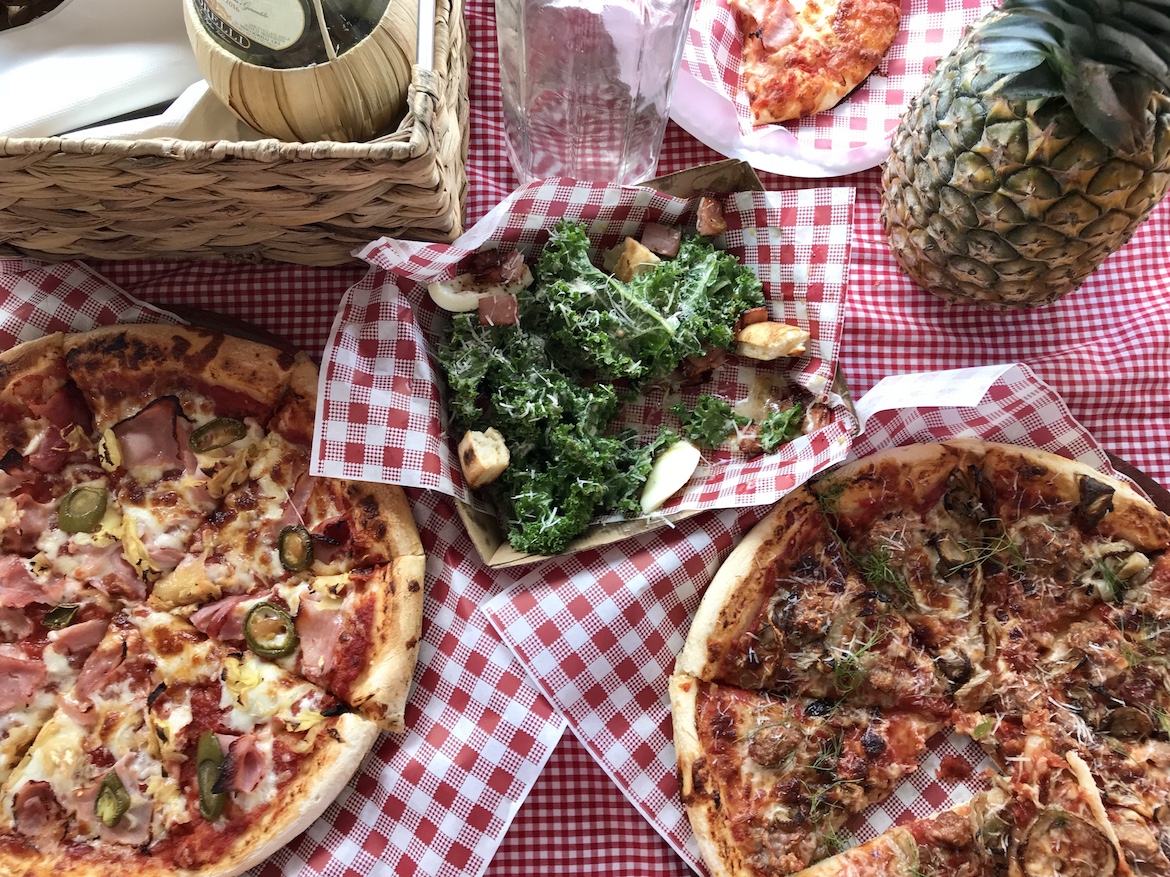 Around the corner in the Colonial News Shopping Centre off Blackwall Road, a new pizza place opened its doors late last year. Tropicana Pizza Pizza is the brainchild of Woy Woy local Tim Stock and his stylish missus Cate Stewart,  the other half of Stewart + Highfield. It’s all a bit retro with the kind of pan pizza that harks back to carefree 80s summers, but with modern flavour twists like roasted fennel and sausage or ham, pineapple and pickled jalapeños, and a tropicana-tiki kit out in a nod to the joint’s coastal location. Bit by bit the suburb has been coming alive in the past couple of years and there was a lot of excitement when Young Barons opened. Run by 23-year-olds Bryce Gleeson and Dannielle Mills, who both spent time at Bells, this is the place to go for a good bowl of pasta and a tiramisu. Bryce, who grew up in Woy Woy and moved back with Dannielle, started a social campaign with the hashtag #makewoywoygreatagain, and there’s no doubt that his stylish cafe/store is doing exactly that.

While we’ve always loved strolling along the waterfront as ducks waddle past and pelicans glide overhead or popping into the Gnostic corner for a coffee and a nourishing feed, the arrival of fresh new faces and fresh new spaces is helping to bring Woy Woy into the new millennium and will undoubtedly #makewoywoygreatagain.