When a couple of fresh faced locals in their early twenties opened Woy Woy’s first pasta bar in 2017, they shook up the suburb’s culinary scene and breathed new life into the waterfront suburb.

But had 23-year-olds Bryce Gleeson and Dannielle Mills not been offered the space opposite Woollies on Woy Woy’s main drag, they admit they would both be happily enjoying other pursuits – and the people of the Peninsula would be missing out on some seriously good pasta. 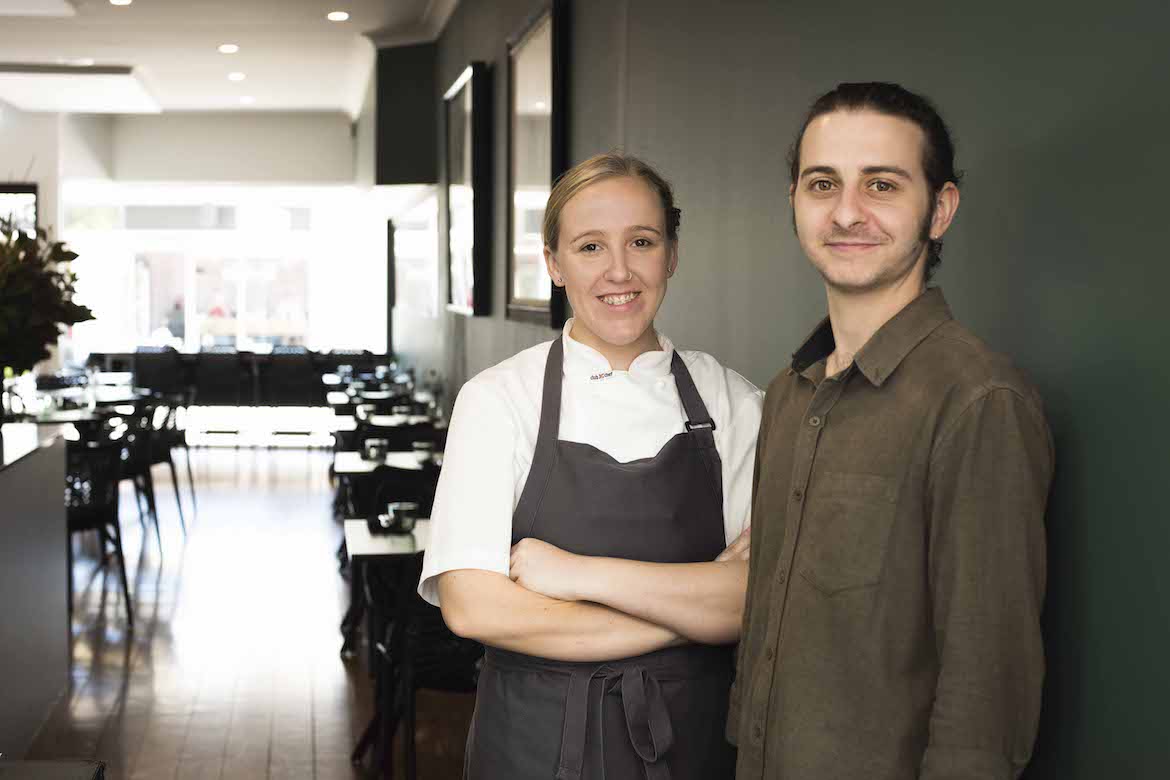 Their pasta bar is aptly named Young Barons because that’s exactly what these two are.

The Coastie couple have already worked alongside some impressive chefs and sommeliers in some of the State’s best restaurants.

Dannielle, who is the chef half of the partnership, trained under Stefano Manfredi and Cameron Cansdell at Bells, worked at Sydney’s Boathouse on Blackwattle Bay and studied Egyptian pastries and cakes at Pioik Bakery with Shady Wasef.

Bryce also started his hospitality career at Bells where he learnt all things wine from Adam Lambeth from Est., as well as doing a stint at the Boathouse with Dannielle, and local watering hole – Bar Toto in Ettalong.

But that’s not all.

Somehow in these tender years when most people are still figuring out what they want to do with their lives, these two have been kicking goals all over the place. 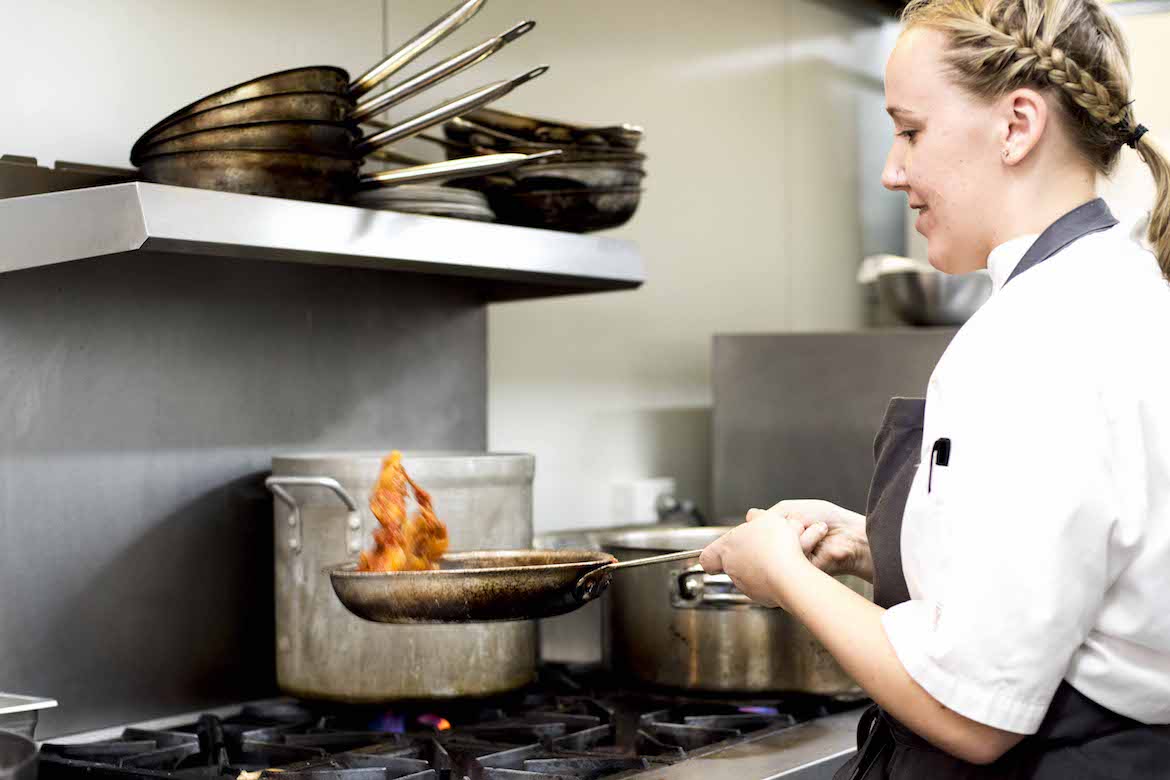 Dannielle in the kitchen at Young Barons. Photo: Lisa Haymes

With a tiny nose stud perched in her nose, her blonde hair tied back, and a little splotch of pasta sauce on her whites, Dannielle looks the part of a chef.

In the Young Barons kitchen, she flips a pan full of pasta with ease.

Almost everyone is ordering the saffron spaghetti with prawns. Made with zucchini, chilli, tomato, bread crumbs, garlic, and a dash of love, it has become her specialty dish. So much so that when she dared to tamper with it and add clams, there was a mutiny.

All of the rustic Italian dishes on the menu are delicious. From the rigatoni ragu to the house made gelato, Dannielle is a talented young chef. But it seems cooking isn’t her only natural born talent.

Somehow Dannielle has also found time to do an interior design course and some styling work with Homes Plus Magazine as well as dabble in food styling for the likes of Delicious magazine and Australian Women’s Weekly – all before the age of 23.

“Maybe I’ll get back to it later,” she muses. 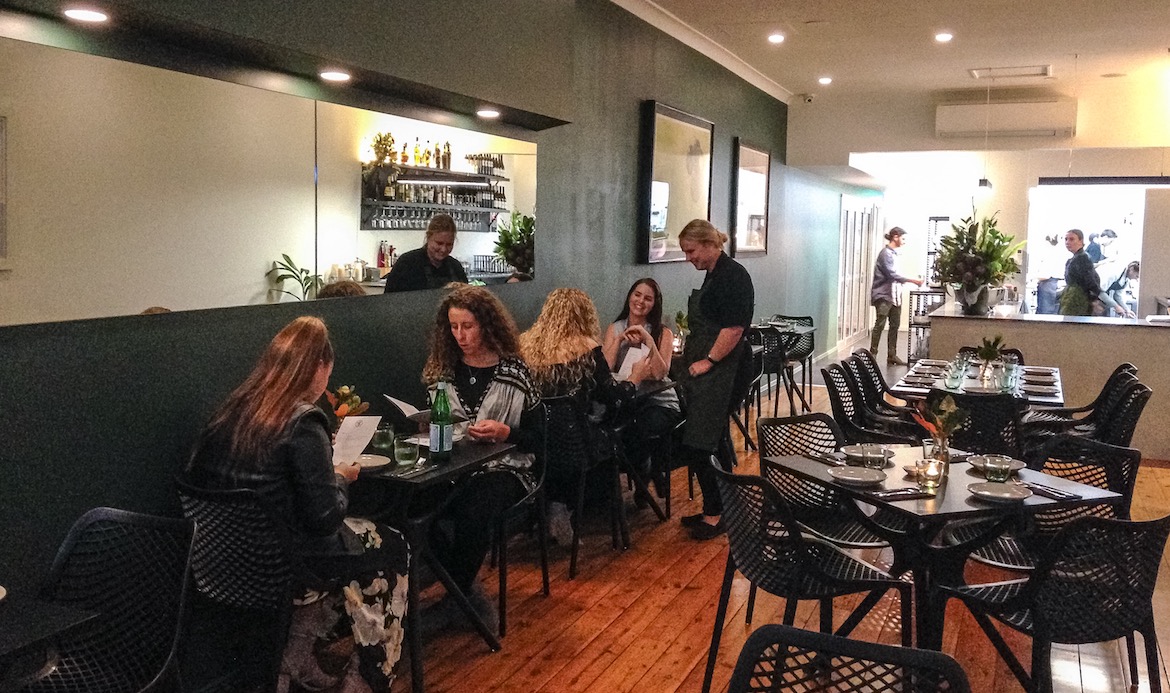 All these skills have come together beautifully in the creation of Young Barons.

As Dannielle explains, the food styling helps with social media and the presentation of the dishes while the interior design course gave her the skills she needed to style the bar.

Opting for a modern and contemporary set up, bar stools overlook the street, sleek black tables dot the polished wooden floorboards and a mirror runs the length of the wall. Art has been donated by friends and family – a reminder that these two are still young and haven’t had time to build their own collection yet. 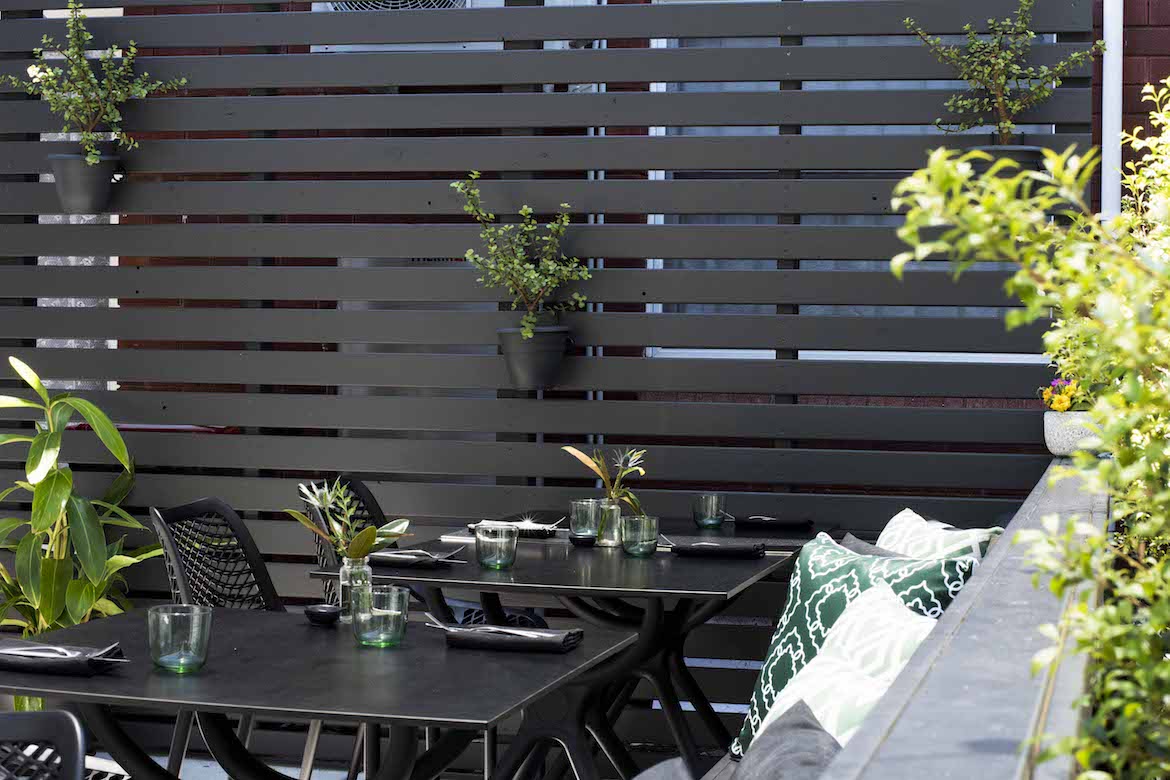 “If we didn’t get offered this space, I’d probably be doing music and she’d be doing interior design,” Bryce says.

When Bryce first met Dannielle at Bells he was commuting between his Woy Woy home and Macquarie University to pursue his love of music as part of a Bachelor of Arts in contemporary music.

With shoulder length curly hair, which is always wrapped in a bun for work, pierced ears, and a Michael Hutchence swagger, it’s evident Bryce was born with a bit of rock star in him. As lead guitar for Sons of Alamo he got to play Big Day Out and was gigging with bandmate Jordan Fleming as part of folk rock duo Bandditts for a year before he opened Young Barons.

The pasta bar is shut on Sundays and Mondays allowing Bryce time to keep pursuing his passion.

If the couple aren’t enjoying their Sunday off lunching at fellow Central Coast restaurants Bombini, Pearls on the Beach or Yellowtail, or hanging out with friends in the city, Bryce is likely to be rehearsing, recording or dusting off his vocal chords for the odd gig.

He confesses that music may take over his life down the track but for now he’s in heaven with the pasta bar taking centre stage and music on the side.

“Food and drinks and music, that’s what I love,” he says. The next time you’re enjoying a ragu at the pasta bar, take note of the playlist. Jumping from Led Zeppelin to the Rolling Stones and Bob Dylan to the Beatles, you get the sense it has been compiled by a ‘muso’.

While Dannielle admits she’s not a die-hard rocker like Bryce, she supports his passion and has developed similar tastes in tunes.

This is what happens when you’re born a week apart and spend every waking hour together.

“We’ve always done it,” Dannielle says. “We spend all our time together and I never get sick of him.”

Bryce puts their alchemy in work and life down to being easy-going Capricorns, as well as managing separate areas of the business.

“It would be a different story if he was in here,” Dannielle says, gesturing to the kitchen.

“I wanted to do a chef apprenticeship,” Bryce admits.

Luckily that’s the one thing this young baron hasn’t notched up before the age of 23.