With an endless coastline offering some of the best views in Australia, the Central Coast offers myriad places to watch the sun go down with a bevvy in hand.

Whether your sundowner of choice is an afternoon beer or a classy cocktail, we’ve got you covered with this hit list of the top twelve chic Coastie bars. With its ideal perch overlooking Avoca Beach, floor-to-ceiling glass walls that provide panoramic views of the ocean, and stylish fit out, Avoca Surf House is an idyllic and quintessential beachfront bar.

As a community-driven business geared at being accessible to all, bar prices are surprisingly affordable considering the prime real estate it occupies.

Aperol spritzes are $12 all day everyday and beer and wine is just $5 during ‘Surf House Sunset’ from 4pm-6pm. 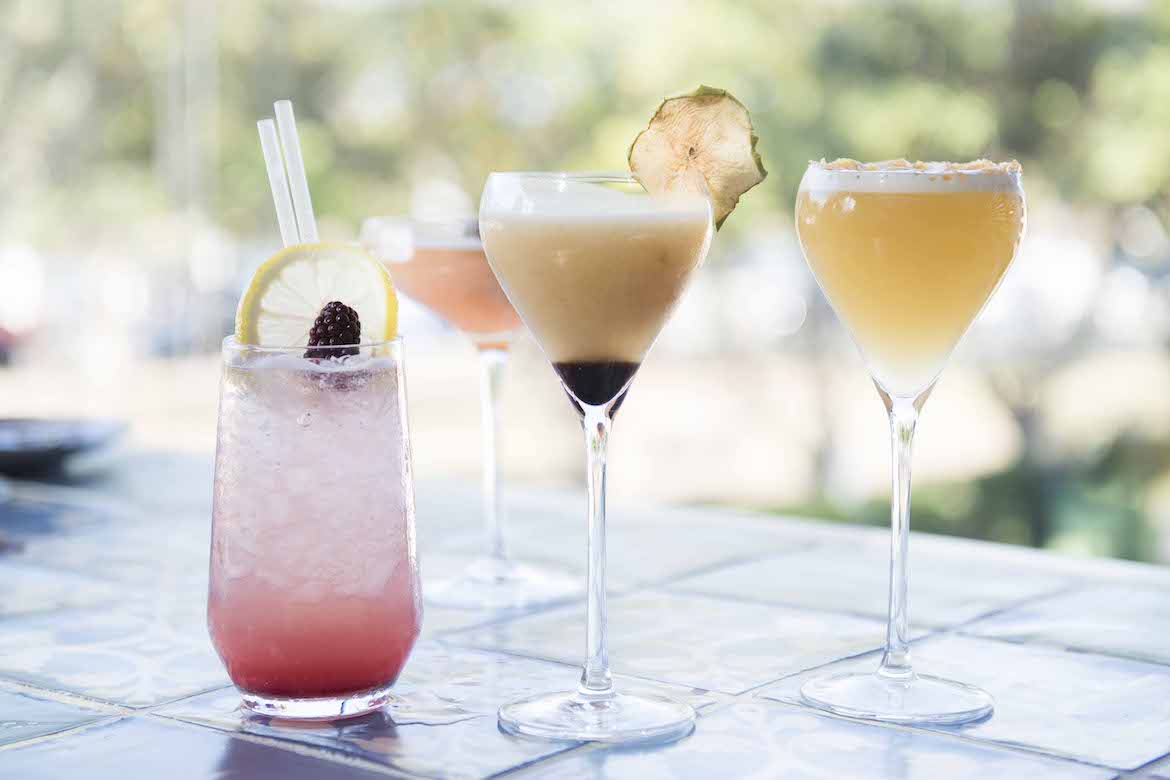 Claiming to be the Coast’s first rooftop bar, Frankie’s sits atop The Bayview with views over Woy Woy’s sparkling waterfront.

The award-winning bar is always one of the hottest hangouts during summer, thanks to a killer cocktail list including only premium spirits.

With funky tiles, exposed brick, a succulent garden and herringbone timber ceiling, the Stewart + Highfield-led fit out is as classy as the drinks offering.

Fridays is Girls Night with $10 cocktails and score two cocktails for the price of one every Sunday from midday to late. With its unbeatable location overlooking Ocean Beach and beyond, Margarita Daze is one of the Coast’s best beachfront bars.

The interior design is coastal chic to the max from luxe stripey sofas to crab-pot lights and an epic daybed on the deck.

The menu offers Australian seafood, Mexican classics and margaritas (the pizza and the cocktail).

Enjoy 10 per cent off food and drinks on Local’s Night Tuesdays. Wine o’clock at The BOX on the Water at Ettalong

The folk at The BOX on the Water know how to make the most of a sundowner.

Whether you perch on a stool outside the stylish box-like structure or cosy up in a chair a stone’s throw from the sea, the view of Ettalong’s picturesque waterfront is stunning.

Sunset Sips from 4pm- 5pm features $5 house beer and wine and there’s usually a $12 cocktail of the week. Neighbouring the art deco Cinema Paradiso at Ettalong, Bar Toto is ideal for a pre or post movie bevvy.

But what we also love the most is the Mediterranean-esque al fresco drinking – watching the world go by from a stool or a seat on the sidewalk, sipping on anything from an Aperol spritz to a bramble.

The Toto lads know their spirits so you can be assured of a quality tipple as well as some Sicilian-style La Fiamma pizza when you desperately need a snack. Some city cool has made its way to the Coast with the very hip Pocket Bar on Terrigal Esplanade.

With its dark and grungy interior, this little gem would be right at home in a Melbourne lane but it’s right here on the Coast, opposite Terrigal Beach.

Enjoy an epic range of bourbon, whiskies, spiced rum, vodka, gin and liqueurs served by an eclectic bunch of bartenders (some bearded as you’d expect in a hipster establishment such as this).

It’s all about a rocking bar, fab food and a cool vibe, and we’re not the only ones who think so – Pocket Terrigal was named the best regional bar in Australia.

Happy Hour kicks off from 4pm-6pm Monday to Sunday with $5 beers and wines, or get 20 per cent off drinks when you pop in for lunch on Saturday and Sunday afternoons. 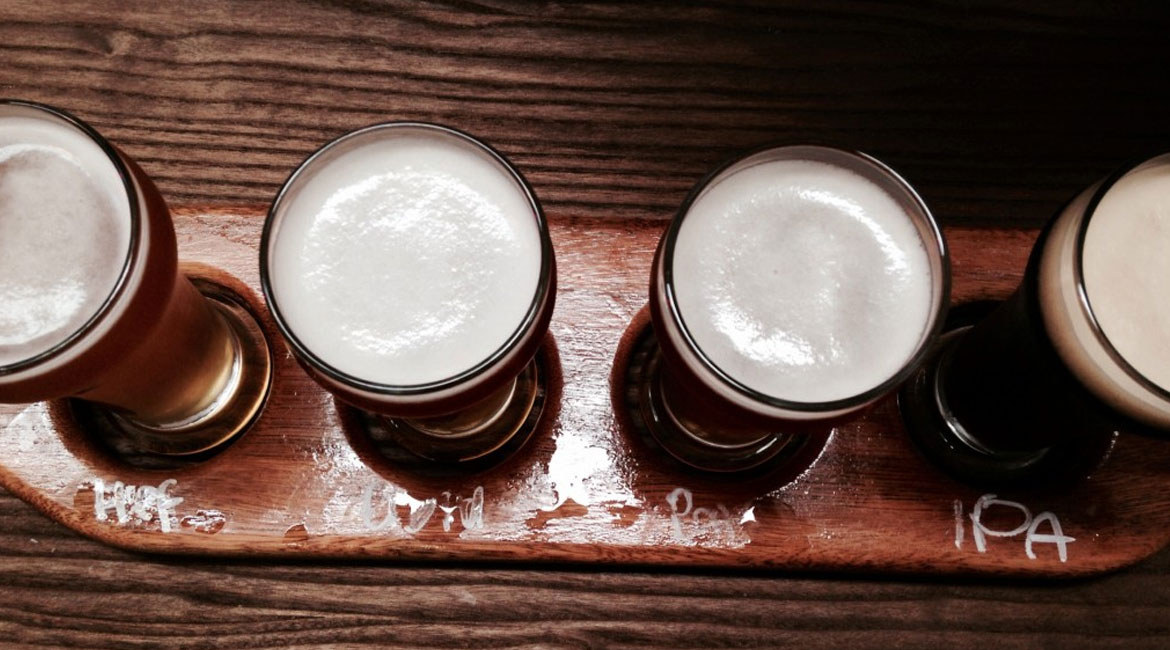 The guys behind this cool brewery-cum-café-cum-bar have made it difficult for people to find it, making it one of the Coast’s best kept gems.

Nestled among tile shops in the same square as NBN News HQ, Six String hides behind a non-descript door.

Inside is a high-ceilinged warehouse, with a bar on the back wall beside large tanks of craft beer.

Assuage yourself of decision making for a night and order the tasting paddle or if one really tickles your fancy you can grab a Growler for home.

With the kitchen now run by Donnie’s Eatery, the menu features succulent burgers and tasty tacos.

The Six String lads also have a hang out in Umina – Sounds on West – offering their homegrown beer on tap, live music and a smokin’ menu. 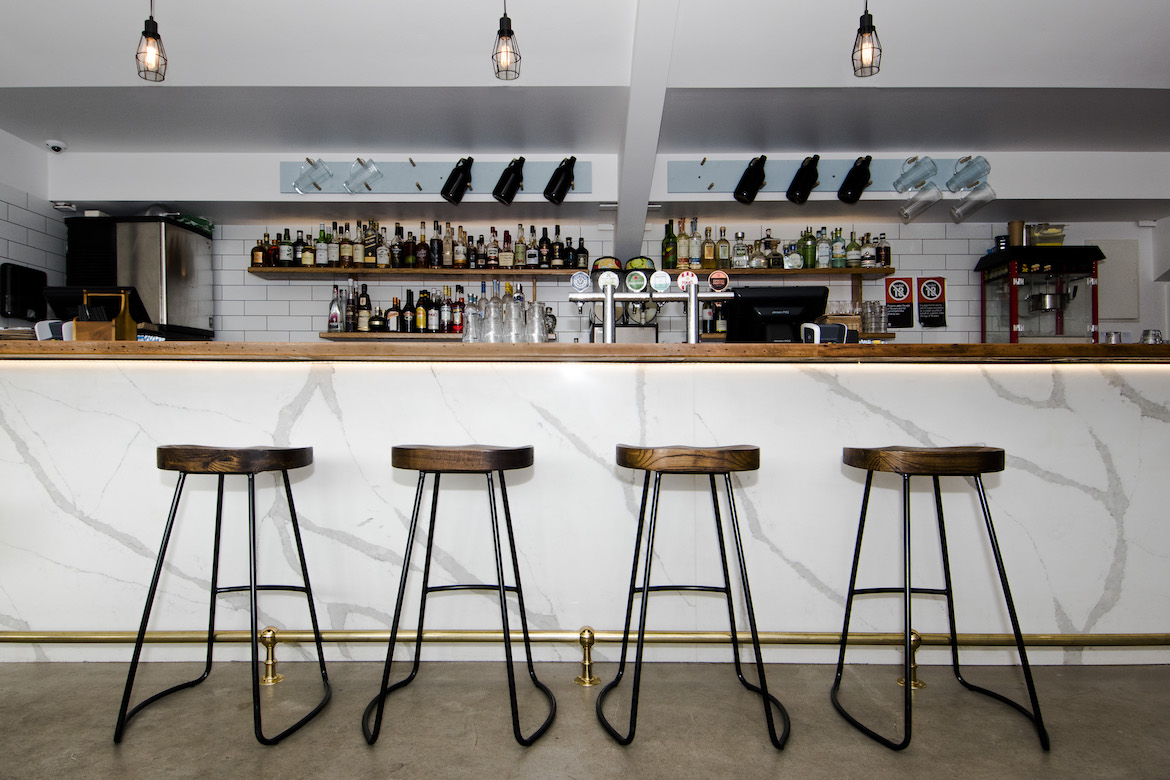 One of the newest and coolest bars to open on the Coast is The Savoy.

After undergoing a transformation from a cinema to a cinema-themed bar, The Savoy is exactly the right kind of kitsch for Long Jetty’s edgy scene.

From the gold-handled black doors at the street level entrance up to the mezzanine cinema level and all the velvet in between, the bar embraces its cinematic history and evokes the sort of old-world glamour that’s synonymous with the Savoy name.

Punters can choose from 20 craft beers, espresso martinis and Pimms on tap, or in a throwback to movie slurpees, there are frozen margaritas and rum punch on offer.

After all, the bar has been built where the old candy bar used to be located.

Enjoy 2-for-1 cocktails every Thursday. 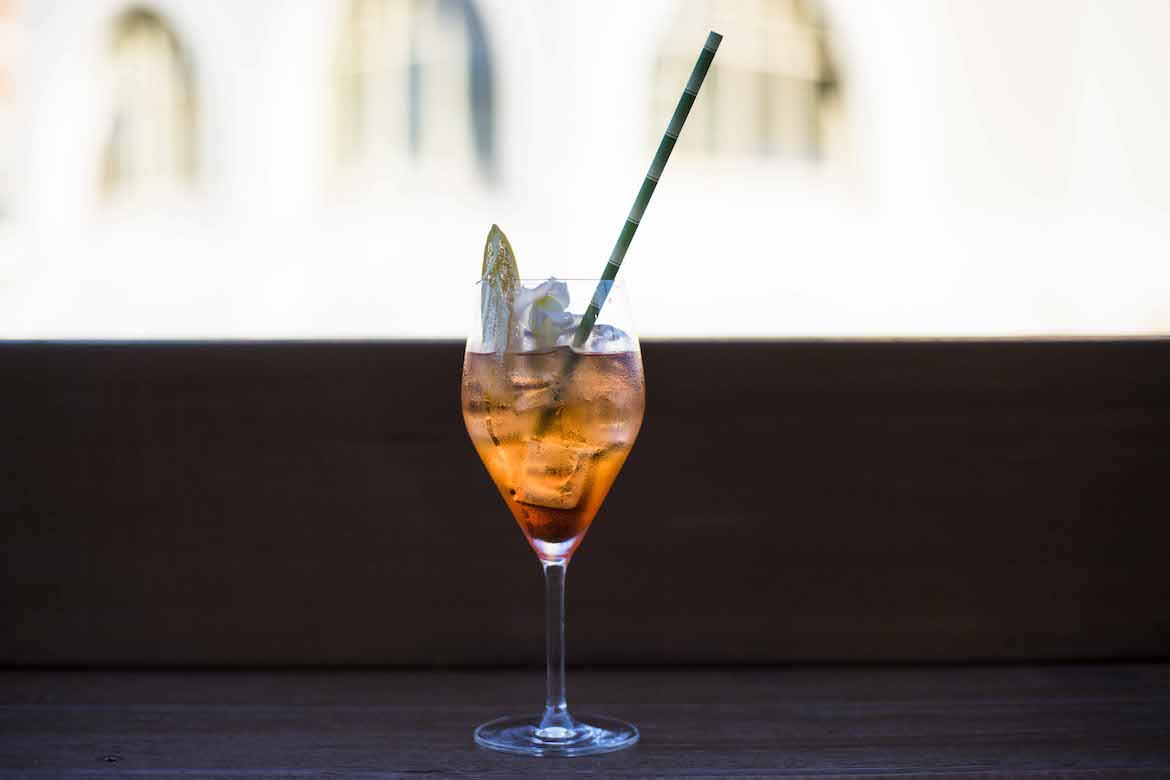 Rhonda’s is a chic Italian-style bar and restaurant in Terrigal with a Riviera-like rooftop bar offering water views. It’s a place where locals can linger over a long lunch or sip a Spritz in the sun, just like any other seaside bar in a world class location.

The drinks menu is a classic Italian line up from negronis to bellinis, plenty of prosecco and Peroni, and even a tiramisu cocktail.

The bar offering, which includes an exquisite range of bitters, has been put together by Quynh Nguyen of Ginkgo Bar & Dining pop up, Fred’s, Charlie Parkers, Matteo, Monkey’s Corner, China Diner and Luis Tans, fame. Short for beer garden, The Beery has long been drawing locals for a lazy afternoon session in the sun or a fun night of drinkin’ and dancin’.

Located under the Crowne Plaza, The Beery has stunning views through Terrigal’s trademark pines out across the ocean.

Whether it’s time for laidback acoustic tunes or pumping live music, there’s nothing like gathering your tribe here for a Sunday sesh or Saturday night out.

Since Greedy Guts Markets launched its street food extravaganza at the bar, it’s also the place where Coasties gather for a casual bite and a beer on the second Friday of the month. Located on the edge of a milky blue lagoon, surrounded by palm trees, pines and pelicans, the Entrance Hotel is a great venue for an afternoon tipple.

As well as offering a lively waterfront setting to catch up with friends, the hotel plays host to regular wine and whisky tastings, cider festivals and long lunches.

The beer garden is fun for a spot of table tennis or a romantic bevvy under the twinkling lights. Mumbo Jumbos  adds to the growing line-up of rooftop bars on the Coast.

Fruity cocktails can be sipped from a seaside stool under the thatched roof, on a tropical chic palm-covered sofa or out the back at the astro-turfed drinks shack.

Coastal Chic Tip: Take advantage of Uber on the Coast to enjoy a few drinks responsibly